The UN special envoy to Syria Geir Pedersen revealed that the sixth meeting of the Constitutional Committee will be held in Geneva on October 18th, according to Baladi News. 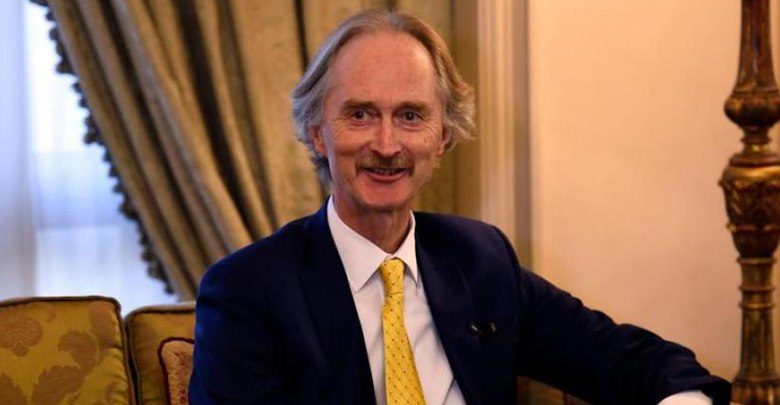 “I am pleased to inform you that an agreement has been reached on the methodology and invitations have been sent for the sixth session of the Constitutional Committee.”

“We are still in the process of confirming logistics, but the small group of the Committee will meet in Geneva on October 18th. In addition, the co-chairs will be with me the day before the meeting.”

The Syrian regime’s foreign minister, Faisal al-Mekdad, confirmed that a new session of the Syrian Constitutional Committee would be held in mid-October.

Pedersen earlier described his talks in Damascus as “very good”, and expressed the hope that meetings of the Constitutional Committee would resume.

“We have had very substantial and good discussions,” Pedersen told reporters after meeting with Al-Mekdad.

Pedersen: Ceasefire in Idleb will be the focus of the Putin and Erdogan meeting

Pederson also hoped that the upcoming meeting between Turkish President Recep Tayyip Erdogan and his Russian counterpart, Vladimir Putin, would contribute to a ceasefire agreement in Syria’s northwestern Idleb.

“I hope that the ceasefire will be strengthened throughout Syria, and on that basis, we will start moving forward in the political process,” Pedersen said in an interview published by Russia’s TASS news agency while the UN official was at the UN Security Council meeting.

“The situation in Idleb and other regions will be an important topic during the meeting of Presidents Putin and Erdogan tomorrow,” Pedersen said. “I call on all influential actors involved to help ease tensions.”