Three Germans of Syrian origin won the general elections in Germany last Sunday with the Greens and the SDP, according to Syria TV. 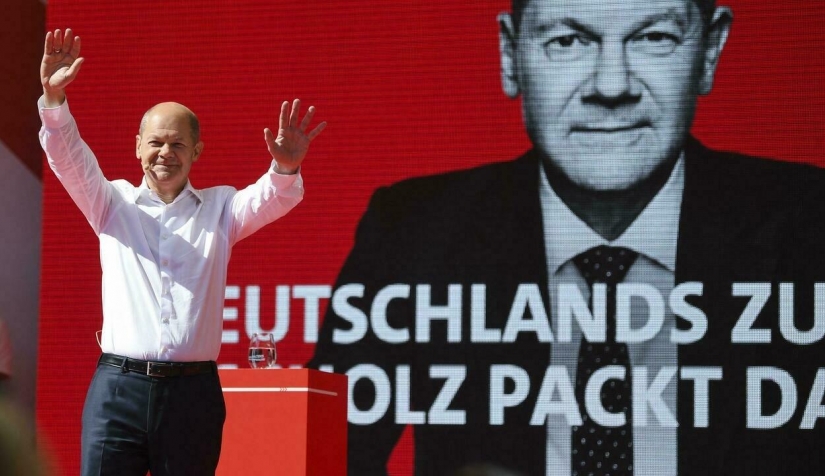 On Sunday evening, the voting process for the German elections ended. 6,211 candidates and 47 parties contested 709 seats in the Federal Parliament, by obtaining a majority of the approximately 60.4 million voters. According to the unofficial primary results, the parliamentary seats have been distributed as such: the Social Democratic Party 206 seats, the Christian Democratic Union/Christian Social Union coalition 196 seats, the Greens 118 seats, the Free Democratic Party 92 seats, the Alternative for Germany party 83 seats, and the Left party 39 seats. Three Germans of Syrian origin won Sunday’s parliamentary elections. Two of them are members of the Bundestag and the third is in the Berlin state parliament.

Rasha Nasr and Lamia Kaddour confirmed through their Facebook accounts that they won seats in the German Parliament Bundestag. Jian Omar, of Syrian origin, also confirmed his victory in the Berlin state parliament.

Rasha Nasr, a Syrian woman originating from As-Suweida governorate, was born in Dresden, capital of the eastern German state of Saxony, in 1992. She holds a bachelor’s degree in political science and philosophy from the University of Dresden.

She worked as an asylum coordinator and later as an integration organizer in Freiberg. She says that this work encouraged her to engage in politics and defend the interests of the people.

Nasr joined Germany’s Social Democratic Party in 2017 and ran for elections for the second district in Dresden.

Lamia Kaddour, aged 34 years, is a writer and researcher in Islamic studies and a candidate for the Greens Party in Duisburg. She is of Syrian origin and descends from the town of Atma in Idleb’s countryside.

She says that her goal is to contribute to the development of a “real immigration law” –which is one of the Greens party’s core demands– as well as adopting a “green” policy based on pluralism and global coordination with NGOs.

Jian Omar, candidate for the Greens Party for the Central Berlin district, was born in 1985 in the city of Qamishli, in the Hassakeh countryside in northeastern Syria.

He has lived in Germany since 2005. He studied political and social science at the University of Berlin. He is particularly interested in environmental, social, and migration issues.

He was previously the media spokesman for the Kurdish Future Movement in Syria. Omar is a Syrian Kurdish political activist opposed to Assad’s regime and is known for his positions in support of the Syrian revolution.