Mohammed al-Momani, a member of the Foreign Affairs Committee of the Jordanian Senate expressed his country's willingness to promote stability in Syria, according to al-Watan. 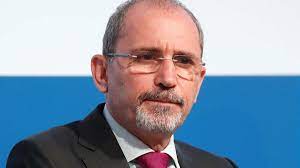 Mohammed al-Momani, a member of the Foreign Affairs Committee of the Jordanian Senate, said that maintaining border security between Jordan and Syria cannot be achieved without coordination between the armies of the two countries. Therefore, an important military meeting took place, which brought the two sides together.

Momani’s remarks, quoted by Anatolia news agency, are the first from a Jordanian parliamentarian on the rapid developments in Syrian-Jordanian relations. These comments were expressed by the recent visit of Defense Minister General Ali Ayoub to Amman and his meeting with the chairman of the Joint Chiefs of Staff of the Jordanian Armed Forces, Major General Youssef al-Hunaiti.

Momani added: “Jordan has an interest in Syria’s stability, any other opinion is not true. Damascus is our geographical extension, just as we are for Syria.” He continued: “We have not changed our position towards what our dear neighboring country is witnessing. We have constantly talked about the importance of a political solution that preserves its security and stability.”

According to Momani, “the leaders of major countries, including the United States and Russia, are aware of the importance of King Abdullah II’s vision and his willingness to stabilize the situation in Syria. He has conveyed his proposals during his recent meetings with them.”

Momani predicted that “the coming period will witness more coordination and consultation meetings between the two countries, to ensure the return of their relations as they previously were, and to preserve Syria’s stability. He then said: “Our region is witnessing the most crises in the world. The public interest must prevail over any political contradictions to reach unified positions that enable us to achieve our goal, which is the establishment of an independent Palestinian state, with occupied Jerusalem as its capital.”

For his part, professor of political science at the Yarmouk University of Jordan, Wasfi al-Sharaa, said that “the current phase is that of re-normalization of diplomatic and security relations with Syria. These developments are in preparation for opening the border and facilitating the process of trade”.

Sharaa revealed that Jordan can restore the border posts with Syria to take over the logistics preparation. This possibility is a sign of goodwill on Amman’s part. He expects that “the Jordanian Foreign Minister, Ayman al-Safadi, will pay a visit to Damascus and meet his Syrian counterpart Faisal al-Mekdad. This move is crucial and comes as a result of the meetings that took place in Moscow».

In 2019,  Jordan raised its diplomatic representation with Syria to the rank of chargé d’affaires. This followed the Jordanian embassy’s opening in Damascus, but only for administrative staff.