Regime forces conducted an operation in Daraa al-Balad to ensure that so-called "outsiders" were not present there, as part of the truce signed a few days ago, according to Baladi News. 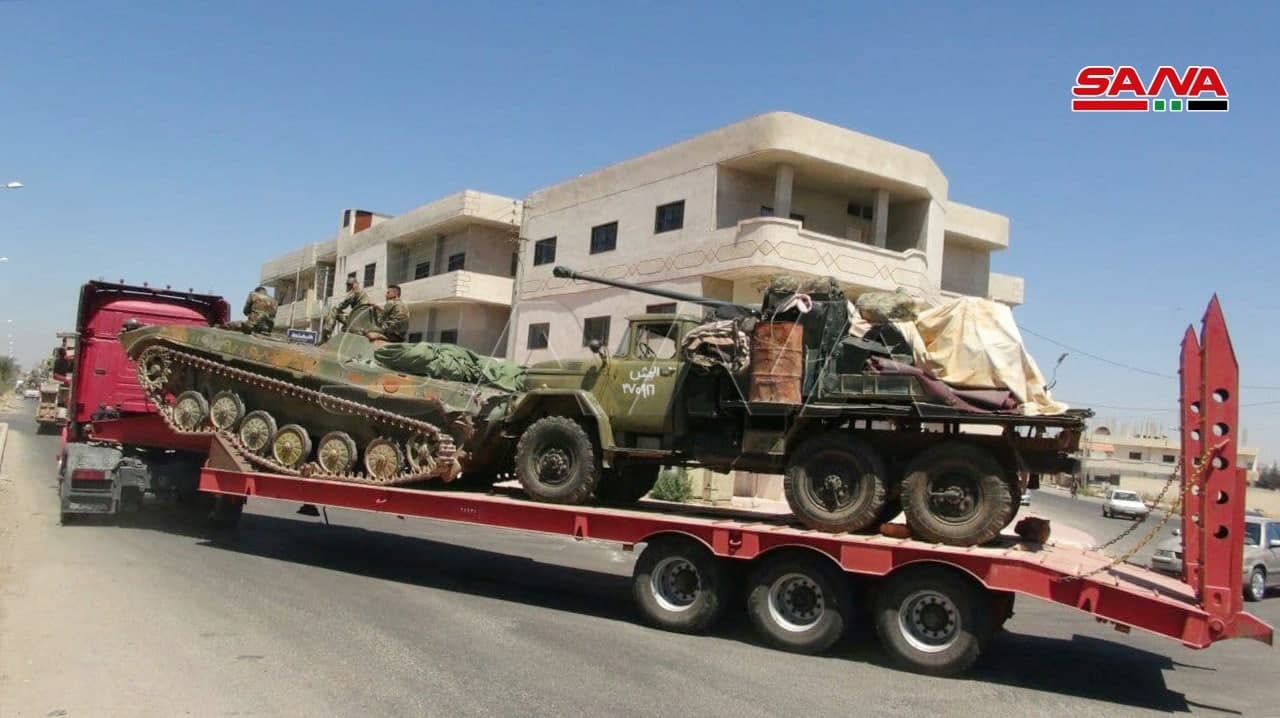 On Wednesday morning, regime forces conducted a search operation in the southern Syrian neighborhoods of Daraa al-Balad to ensure that so-called “outsiders” were not present there, according to the agreement which was signed under Russian auspices.

According to local sources, groups of regime forces stormed the neighborhoods of Daraa al-Balad and started checking the identities of those present there.

The sources added that the Russian-backed Eighth Brigade groups were deployed to monitor the implementation of the agreement in the presence and escort of the committee and elders of Daraa al-Balad.

The sources stated that after inspecting the Daraa al-Balad neighborhoods, the dam road, and the camps, military positions would be determined and work would be carried out.

Last Sunday, the Central Committee in Daraa agreed to implement the agreement again and to install military checkpoints inside the neighborhoods, hand over weapons, and settle the situation of local fighters and displace those who reject the agreement.

Read Also: More Gunmen in Daraa Surrender and Hand Over their Weapons

On Monday morning, a Russian police convoy accompanied by the regime’s security committee entered the al-Arbaeen neighborhood of Daraa al-Balad aiming to complete the implementation of the agreement’s terms. These developments took place after new discussions that included amendments to the terms of the agreement announced on September 1st.

Hours after the arrival of the convoy, the process of regularizing the status of the wanted individuals took place, and a limited number of light weapons were handed over in the al-Arbaeen neighborhood center near the Bilal al-Habashi Mosque in Daraa al-Balad.

Regime’s news agency SANA reported that members of the regime’s army entered Daraa al-Balad and began installing some of the points agreed upon. The news agency added that “the area has been searched, declaring it free of terrorism, within the framework of the settlement agreement proposed by the state.”

Local networks confirmed the entry of regime units into the besieged neighborhoods of Daraa al-Balad, under the supervision of Russian military police.

Losses in the ranks of the regime forces

On Wednesday, September 7th, a number of regime members were killed and wounded when an explosive device detonated in a military vehicle in the Daraa countryside.

According to Ahrar Houran Gathering, an explosive device attached to the bottom of a regime forces’ military vehicle exploded in the area between the villages of Al-Shubraq and Nafia.

The explosion killed and wounded members of the regime forces and led to heavy gunfire with machine guns and anti-aircraft guns.

On Tuesday, young men targeted a checkpoint of the State Security Branch located between the towns of Mahaja and al-Mujdaidel, north of Daraa. They used automatic weapons and RPGs, resulting in deaths and injuries among the regime forces.