After an agreement was reached in Daraa al-Balad, opposition activists are portraying it as a success that allowed them to keep Iran out, according to Baladi News. 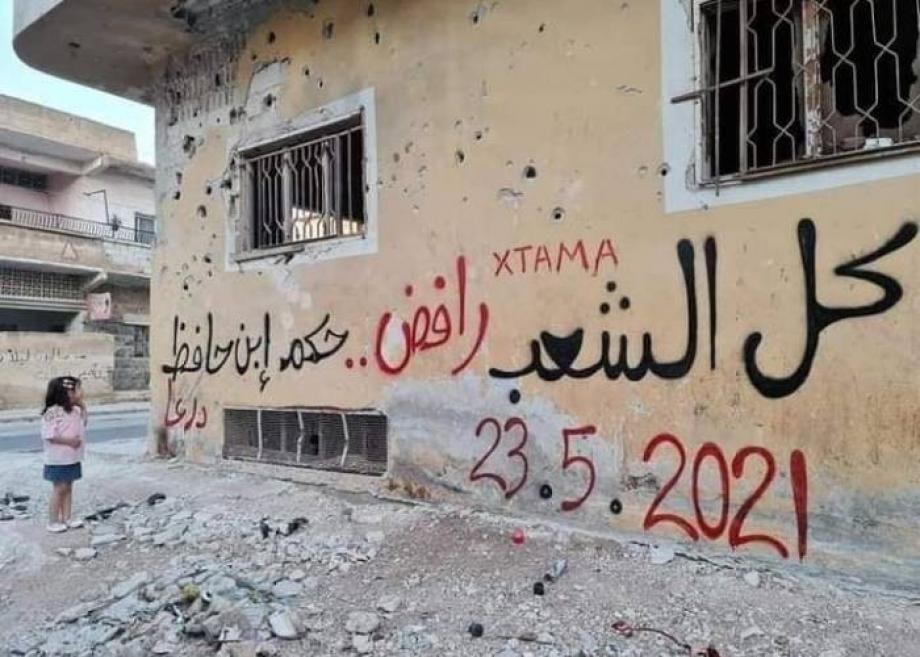 Local activists in Daraa said that the recent settlement reached by the central committees in the Daraa governorate with the regime’s security committee serves the interests of Daraa’s people and prevents the demographic change that Iran wants to impose.

The Ahrar Horan Group quoted the Syrian journalist Mohammed al-Aweed as saying that the agreed terms serve the interests of Daraa’s and amount to success for them. This is because the Fourth Division, which takes its orders from Iran, wanted to raze the area of Daraa al-Balad to impose demographic change on it, to create a new social structure imagined by Hezbollah and Iranian militias in southern Syria. In this way, Daraa would become a staging point for later reaching Jordan and Saudi Arabia, as a way of threatening Iran’s supposed enemy [Israel]. But Daraa undermined these plans because the local communities stood their ground and refused to yield their territory.

Aweed added that the visit of Assad’s defense minister to Daraa — along with statements of the party’s branch secretary and security committee members — indicated the enormity of forces brought to bear on Daraa, which aimed to control and force Daraa into submission. But their plot was foiled as they did not fully achieve their objectives. Aweed indicated that the agreement denied half of the regime’s demands by reducing the number of military checkpoints from nine to four checkpoints, while also refusing to allow house inspections.

The journalist noted that Russia and the regime had tried to circumvent the provisions of the 2018 agreement, repeatedly stating that the agreement needs to be amended and rectified in light of events that have taken place over the past three years. But Daraa has maintained the same terms until today, which represents a victory of resistance once more. Aweed added that the importance of Daraa’s position today is to move out of the siege and confrontation; the area now has the ability to negotiate and lobby for the cause of detainees.

On the possibility of extending military operations to other areas, Aweed pointed out that the decision is not in the regime’s hands. Instead, it is the Russian forces that determine these options. The Daraa al-Balad episode will prevent the regime from acting without first ensuring that Russian aircraft will provide cover. Indications show that Russia is not committed to this approach, and therefore there will be no escalation in other areas on the level witnessed in Daraa al-Balad.