The Russian police entered the besieged neighborhoods of Daraa al-Balad, to begin the implementation of an agreement reached on Tuesday, according to Syria TV. 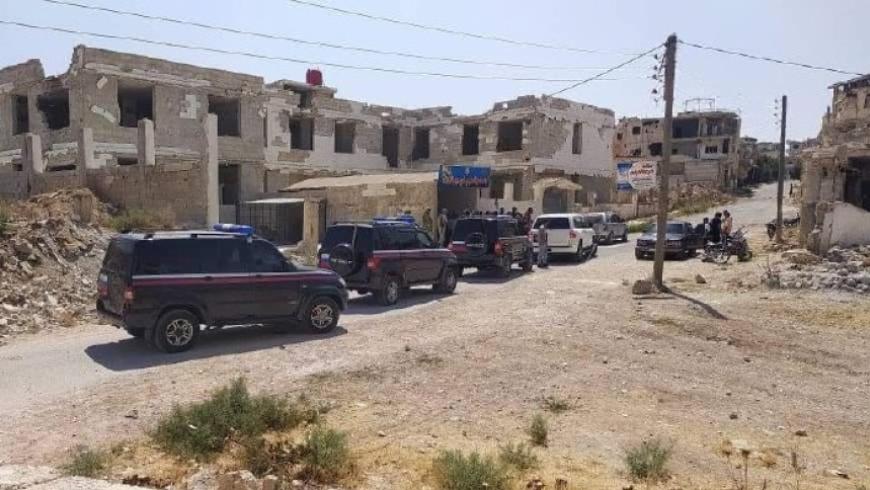 On Wednesday, sources told Syria TV that the Russian police entered the besieged neighborhoods of Daraa al-Balad, to begin the implementation of the last agreement reached on Tuesday evening.

The sources said that the Russian police entered the besieged neighborhoods accompanied by the 8th Brigade of the Fifth Corps linked to Russia, in addition to officers of the Assad regime forces. Their raid comes with the aim of stabilizing the ceasefire and starting to implement the terms of the agreement.

The sources added that the second clause of the agreement is currently being implemented. It is the start of the settlement process for 34 young men from the city of Daraa, with the handing over of some light weapons, in the presence of Russian police and regime officers, in the neighborhood of al-Arba’een in Daraa al-Balad.

The central committee in Daraa al-Balad and the security committee of the regime had reached, in the presence of the Russian side, an agreement on several items. The implementation process of this agreement started taking place on Wednesday morning.

On Wednesday, the committee’s spokesman, Adnan al-Masalma, said in a statement on his Facebook page that the agreement includes lifting the siege on the vicinity of Daraa city, returning police officers there, and starting to introduce services to Daraa al-Balad.

According to Masalma, the agreement also provides for the release of the detainees and the disclosure of the fate of the missing, five days after the implementation of the agreement.

He added that it was agreed on an immediate cease-fire, the entry of the Russian military police and their stationing in Daraa al-Balad, and the opening of centers to settle the situation of wanted persons and their weapons. In addition, it was also agreed on the deployment of four security positions and the examination of the identities of the Daraa al-Balad inhabitants in order to deny the presence of strangers.