The fourth Division in Syria is continuing its attempts to take the city of Daraa and crush unrest there, according to al-Etihad Press. 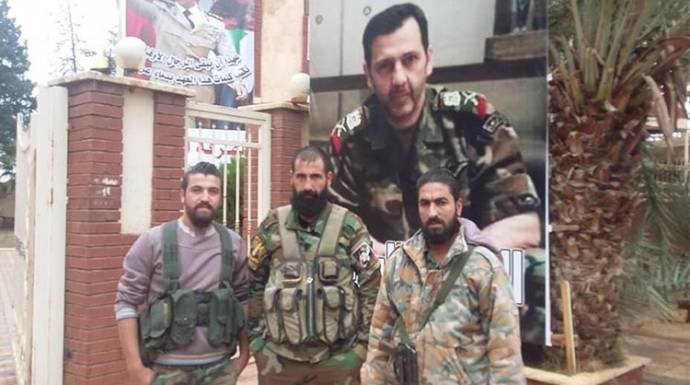 After midnight on Sunday, residential areas of the besieged Daraa al-Balad neighborhood were shelled by about 20 surface-to-surface rockets. The shelling occurred at the same time as attempts of the 4th Division, backed by pro-regime militias, to advance towards the besieged neighborhoods of Daraa al-Balad. The 4th Division received cover from virtually incessant gunfire from heavy machine guns and rocket-propelled grenades on the area’s perimeters.

Local gunmen attacked checkpoints and military posts belonging to regime forces in the Al-Sanamayn city of northern rural Daraa. Local gunmen also launched an attack that targeted a 4th Division checkpoint on the outskirts of the town of Sahem al-Golan in the western countryside of Daraa, without reporting casualties.

Many residents have been displaced from Tafas, in the western Daraa countryside, and some surrounding areas towards the Yarmouk Basin, near the Syrian-Jordanian border. Residents have fled for fear of escalating shelling in the area, which coincides with continued armed clashes on the outskirts of the besieged Daraa neighborhoods. The regime continues to besiege the area, while local gunmen targeted the four-way regime checkpoint between Sheikh Saad and Masaken Jalin, west of Daraa.

A woman was killed by a rocket attack carried out by regime forces on the town of Jalin in the western countryside of Daraa. Regime forces also carried out shelling in the town of Tal Shehab, while rocket launchers shelled the surrounding areas of Tafas. In Tafas, the civilian death toll rose to three people, who were killed yesterday by regime shelling in the Daraa governorate. Two men died during the shelling of the besieged Daraa al-Balad neighborhood, while a woman was killed by rocket fire targeting the town of Jalin, west of Daraa. Regime forces still receive support from loyal militants in targeting the neighborhoods of Daraa al-Balad with heavy machine gunfire.