The issuance of express passports for citizens in Syria has reportedly been suspended, but without any official confirmation so far, according to Athr Press. 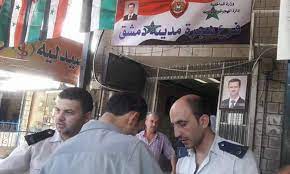 Social media accounts in Syria reported that the issuance of express passports had been stopped at the Directorate of Immigration and Passports (DIP) in Damascus. These stories have not been verified.

Wael (25 years old) confirmed to Athr Press that he applied for an urgent passport 15 days ago, and so far, it has not been issued, noting that an employee at the Immigration and Passports Directorate asked him to reapply after at least 25 days.

Ghassan, 36, confirmed to Athar Press that he tried to renew his passport but was surprised by the long period he had to wait to obtain a new one. “This is my twentieth day after I applied to renew my passport,” he said.

Read Also: Lawyers to be Allowed to Travel, in Return for Departure Fee in Foreign Currency

One of the officials in the DIP in Syria (who refused to reveal his name) confirmed to Athr Press that the reason for the delay in issuing passports is the high demand of citizens to apply for passports because of the desire to travel.

The official indicated that the passport renewal might take 60 days unless evidence that the citizen has made their reservations and bought tickets.