COVID spreads in Syria while shelling in the North intensifies. Catch up on everything that happened over the weekend. 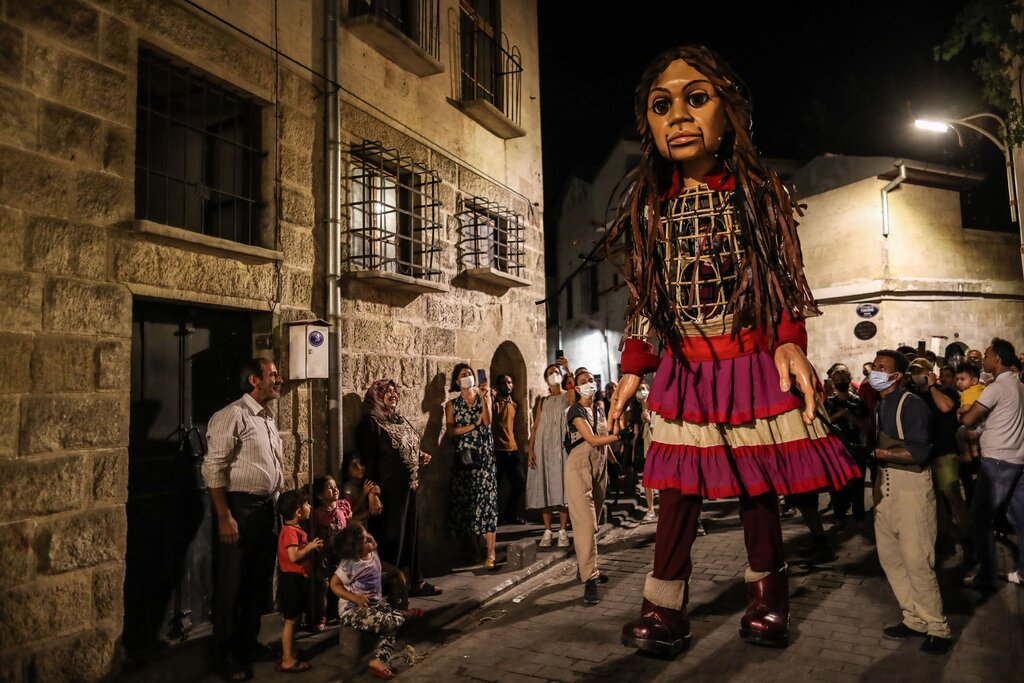 A giant puppet of a nine-year-old Syrian girl named Amal has been traveling across Turkey and Greece for much of the past month. It is the first leg of a 5,000-mile journey, one that is rich in symbolism as a new migration crisis looms in Europe following the Taliban takeover in Afghanistan. The puppet, according to NY Times,  is the lead character in an ambitious theater project called “The Walk” that aims to draw attention to the experience of refugees by following a route similar to that taken by some Syrians who escaped the civil war in their country. “Little Amal” and her handlers plan to cross eight countries and dozens of cities in an 8,000-kilometer bid to shine a light on the plight of millions of displaced refugees.

Read Also: Efforts to Save Russian Roadmap in Southern Syria After It Faltered in Daraa

Amnesty International on Friday urged the Bashar al-Assad regime to immediately allow humanitarian aid into an opposition holdout under “siege” in the southern city of Daraa. “The Syrian government must immediately lift the siege to facilitate unfettered access for humanitarian organizations and allow the medical evacuation of the sick and injured,” said Amnesty’s Syria researcher Diana Semaan. She called on all sides to “grant safe passage to civilians wanting to flee the area.” Amnesty said the regime now rarely approved medical evacuations, while many of the ill or wounded feared they would be detained or face reprisals if they stepped into regime-held territory. One woman told Amnesty last week the shops were almost empty of all food. Her cousin had died because he was not granted permission to leave for urgent medical treatment, she told the rights group.