Russia is trying to salvage the settlement agreement it sponsored in southern Syria, but the situation in Daraa keeps worsening, according to Asharq al-Awsat. 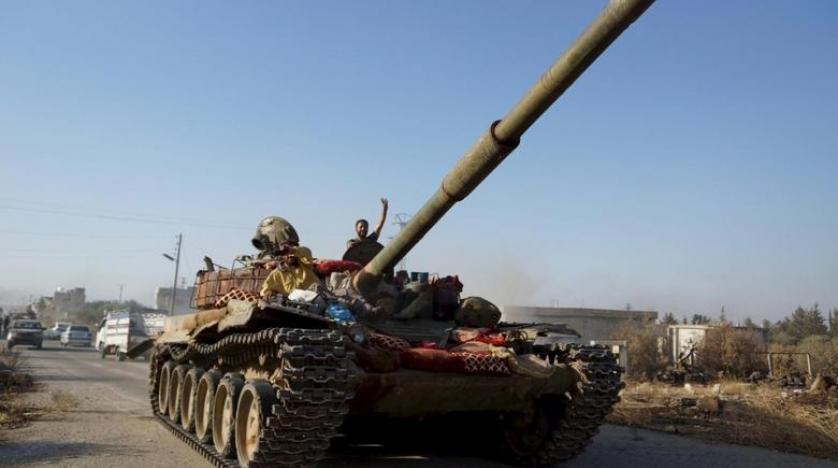 Efforts intensified on Wednesday to save the “Russian roadmap” after the failure to implement an agreement reached by the Central Negotiating Committee in Daraa al-Balad with the Syrian regime delegation under the auspices of Russia, with the participation of the Fifth Division.

The official spokesman and representative of the Central Negotiating Committee in Daraa al-Balad, Adnan al-Masalma, announced on Wednesday the failure of the agreement reached by the committee with the negotiating parties, after two persons, who were requested to leave Daraa al-Balad, refused to be displaced.

The two wanted persons had pledged before the city’s clans to leave the region and accept displacement, which paved the way for an agreement with the Russian side and the Security Committee. But they suddenly went back on their decision, which led to the resumption of military actions.

The two people are Mohammad al-Masalma and Moaied Harfoush, who are two former leaders of the opposition factions in southern Syria in the city of Daraa al-Balad. They are accused by the Syrian regime of forming armed groups in the city.

As a result, the Russian military police and the Fifth Division forces withdrew on Tuesday night from the point they established in the city of Daraa al-Balad, which according to the agreement, was supposed to be a permanent base for monitoring the ceasefire agreement.

In a statement issued on Wednesday, the Daraa al-Balad Committee and the city’s dignitaries and clans demanded the two men to immediately leave the city and to be held accountable “for all the repercussions resulting from their intransigence.”

A wave of criticisms targeted Masalma as a result of his contradictory positions, after he accepted the displacement on Tuesday, to later demand the withdrawal of the Fourth Division from the southern areas of Daraa al-Balad as a condition for leaving the city.

A videotape broadcast by activists in the city of Daraa showed Syrian regime forces shooting on Tuesday evening at the people of Daraa al-Balad as they gathered at the Saraya crossing between Daraa al-Mahatta and Daraa al-Balad.

Sources told Asharq Al-Awsat that the Syrian regime forces closed the crossing again after shooting at the residents, and stopped the bus that was carrying eight dissidents from the Syrian army from the city of Daraa al-Balad, who had rejected the settlement.