The regime and its allies have launched an attack on Daraa al-Balad, as negotiations to find a solution to the crisis there fail, according to al-Araby al-Jadeed. 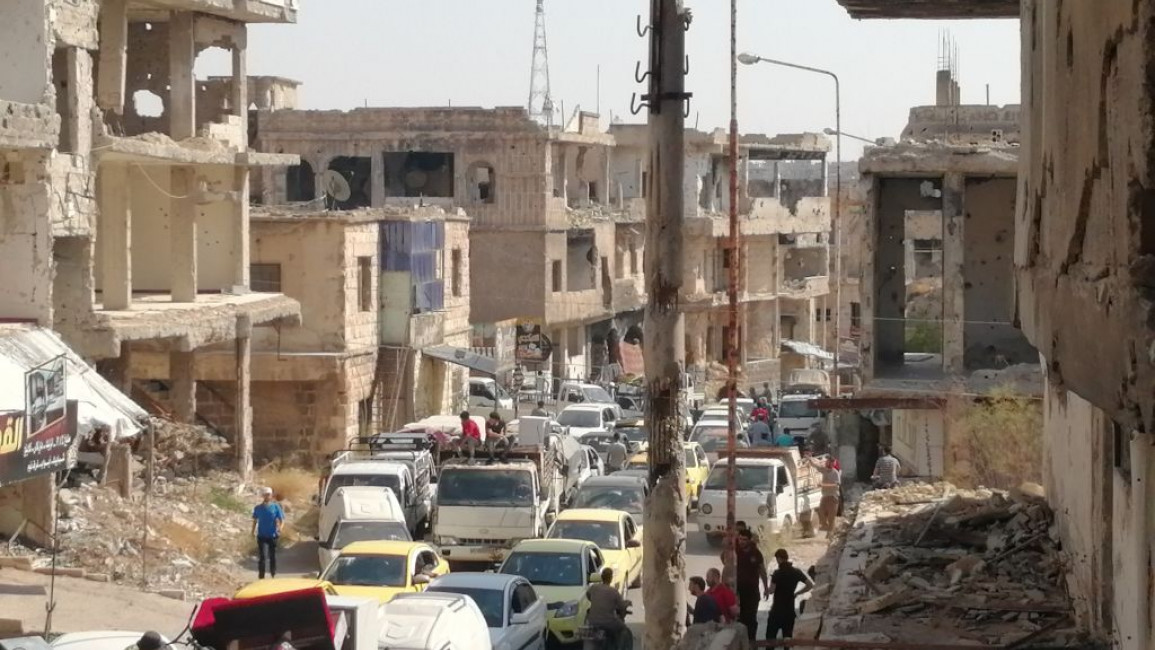 Syrian regime forces and allied militias staged a renewed attack on Daraa al-Balad in southern Syria this week, in an attempt to crush ongoing resistance from the city’s opposition elements.

Regime troops and pro-Iranian militias have amassed at the doors of the city over the past month and have consistently bombarded neighborhoods with ground-based artillery.

Government forces have made multiple attempts to storm the city since the end of July, but have been rebuffed from all angles by opposition fighters, who mostly carry just light arms.

Daraa al-Balad has been under siege by regime forces for a little over two months after residents of the city rejected the widely-condemned Syrian presidential election results. For 61 days, roads in and out of the 30,000-strong city have been cut off, and basic supplies like flour, wheat, and medicine have been prevented from entering.

The latest assault has seen the notorious Fourth Armored Division, led pro-Iranian militias, in surrounding Daraa al-Balad while fighters attempted to storm the western side of the city. Opposition fighters told Reuters that they repulsed these attempts to enter the city.

“It was truly a bloody night,” Rinad Abu Zaid, a resident of Daraa al-Balad told The New Arab. “The situation is getting worse, and the people are enduring the most violent form of shelling from tanks, and artillery,” Abu Zaid added.

Negotiations to resolve the standoff between regime forces and opposition elements are ongoing but have made no tangible progress since beginning two months ago.

Talks initially fell through after the regime increased the number of security checkpoints it wanted to establish within the city and rejected the weapons turned over by opposition elements as part of a previous agreement.

A new plan presented by Moscow, according to Reuters, offers amnesty to former opposition fighters and allows safe passage to opposition-held northwest Syria, in exchange for allowing regime forces to establish a permanent presence in the city.

However, in previous rounds, the opposition negotiators and residents of Daraa al-Balad widely rejected the possibility of regime forces and pro-Iranian fighters establishing any sort of meaningful presence in the region.

Sources from both sides of the negotiation committee told Reuters that it was Moscow that was holding back the regime from launching an all-out assault on the city.

Moscow is the guarantor of the so-called reconciliation agreements in southern Syria, which allowed the regime to retake southern Syria in 2018 in exchange for offering amnesty to former opposition elements.

Three years later and southern Syria is still restive with sporadic fighting between former opposition elements and the regime. There have also been scenes of lawlessness as both sides endure ongoing assassination campaigns from unknown assailants.