The President of the opposition held a virtual meeting with the Central Committee and revolutionary forces in southern Syria to discuss the situation in Daraa, according to the SOC. 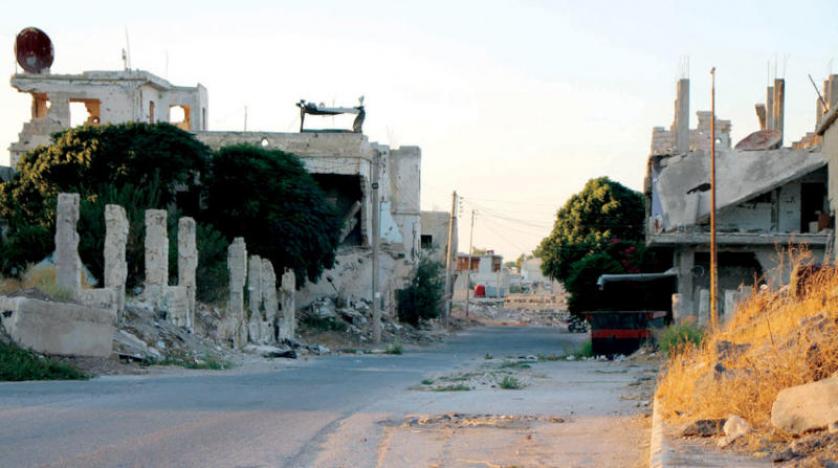 The President of the Syrian Opposition Coalition (SOC), Salem al-Meslet, held a virtual meeting with representatives of the Central Committee and revolutionary forces in southern Syria to discuss the situation in Daraa.

Representatives of the Central Committee gave to the opposition president an overview of the field and humanitarian conditions in Daraa, which has been subjected to blockade by the criminal regime for nearly two months. The city has also been subjected to violent shelling by the Assad regime and Iranian terrorist militias.

The representatives pointed out that the Assad regime’s Fourth Division and Iranian militias had targeted three mosques as part of the systematic attacks on mosques and places of worship.

They made it clear that the humanitarian situation has reached an alarming level due to the severe shortages of drinking water, food, and medical supplies as well as lack of access to healthcare.

The Central Committee highlighted the progress of negotiations with the Assad regime’s security services and their rejection of all proposals for a settlement which led to the mass forced displacement of the people of Daraa.

Meslet spoke about his talks with the U.S. State Department and Turkish authorities with the aim of ensuring urgent measures to save the people of Daraa, lift the blockade, and confront the Iranian plans in southern Syria.

He called for an effective Arab and regional action against the malicious Iranian schemes in Syria, especially in the south. He pointed out that the Assad regime’s intransigence and insistence on besieging and targeting civilians in Daraa aim to implement those agendas and change the demographic structure of the area.