A delegation made up of European MPs, and led by Thierry Mariani, visited president Bashar al-Assad and discussed the situation in Syria, according to SANA. 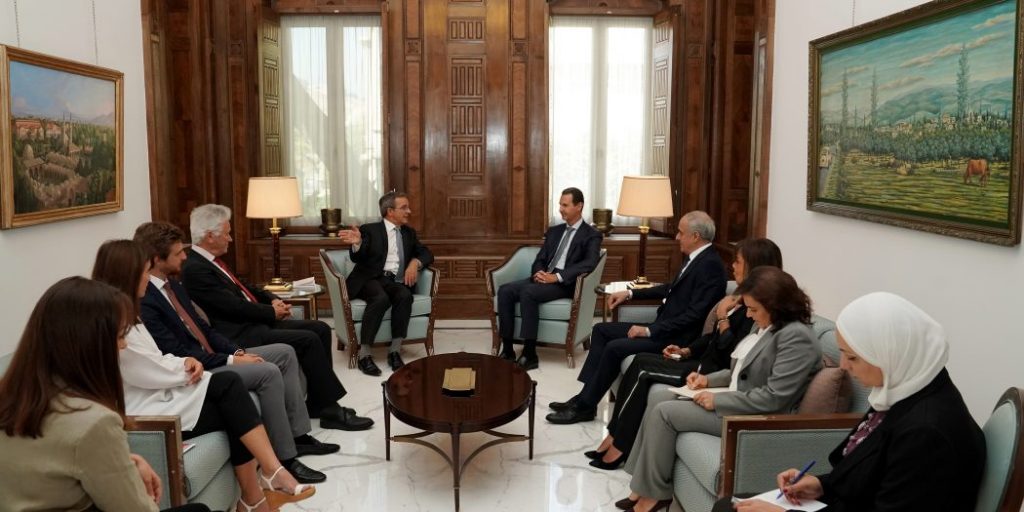 President Bashar al-Assad received on Saturday a delegation of European MPs led by Thierry Mariani. They discuss developments in Syria and the region. Assad answered the delegation’s questions related to the situation on the ground and the difficult conditions in which the Syrian people live as a result of the sanctions and the unjust blockade imposed on them. He noted the negative effects of this siege in all aspects of life.

However, the president stressed that the Syrians have learned how to create new ideas and solutions through which they can overcome difficulties. He wanted to have a dialogue at the parliamentary, intellectual, and cultural levels in order to analyze and understand the developments and changes taking place in the region and the world.

Remarks by the Observer:

The french-speaking website, Syrie Factuelle, some of the said European MPs visited Assad several times previously. It indicated that three of them (Thierry Mariani, Andréa Kotarac, and Hervé Juvin) were members of the far-right political sphere in France, a country that cut its diplomatic relations with Damascus in March 2012.

The visit of these European MPs occurred during the 8th anniversary of the Ghouta chemical attack, still according to Syrie Factuelle.