Sources claim that French President Emmanuel Macron conditioned his presence in the Baghdad regional summit on Assad not attending it, Baladi News reports. 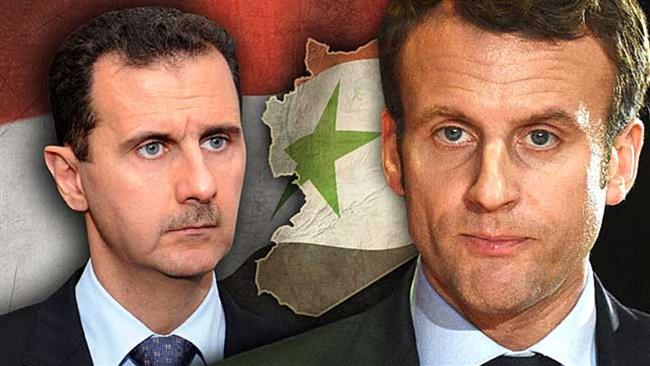 An Iraqi source has revealed why Iraq did not invite regime president Bashar al-Assad to the Baghdad summit, which is scheduled for the end of this month. Russia Today reported that the conference is an Iraqi-French initiative, which will be attended by French President Emmanuel Macron. Macron stipulated that Assad should not be at the Baghdad conference, since he absolutely refuses to meet with him.

The government in Baghdad agreed to the request of president Macron about not inviting Assad in order to avoid embarrassing other leaders too.

The Iraqi Foreign Ministry issued a statement after some media reports that the Iraqi government had invited the [Syrian] regime to participate in the summit meeting of neighboring countries, which is scheduled to be held at the end of this month in Baghdad. It denied sending an official invitation on behalf of the Iraqi Prime Minister, claiming that no other party has the right to issue the invitation on behalf of the Iraqi government. This is a reference to the Iraqi Popular Mobilization Militia, which is the one that sent an invitation to Assad.

Al-Mayadeen, a pro-Hezbollah TV station and website, claimed that on Monday Faleh al-Fayyad, leader of the Popular Mobilization, visited the capital Damascus, where he met with Syrian regime leader Bashar al-Assad. Al-Fayyad reportedly carried a message that Assad should attend the summit from Iraqi Prime Minister Mustafa al-Kazemi.

According to the website, Fayyad handed Bashar al-Assad “by hand” an invitation to participate in the summit of Iraq’s neighboring countries, so that the Iraqi government could refute the news with a statement on its foreign website.

Iraq plans to host a summit in Baghdad between leaders of neighboring countries to reduce regional tensions and sharpen efforts to fight terrorist groups, according to an Iraqi Foreign Ministry statement.