President Bashar al-Assad received a letter from the Iraqi Prime Minister regarding the Neighboring Countries Summit to be held in Baghdad, SANA writes. 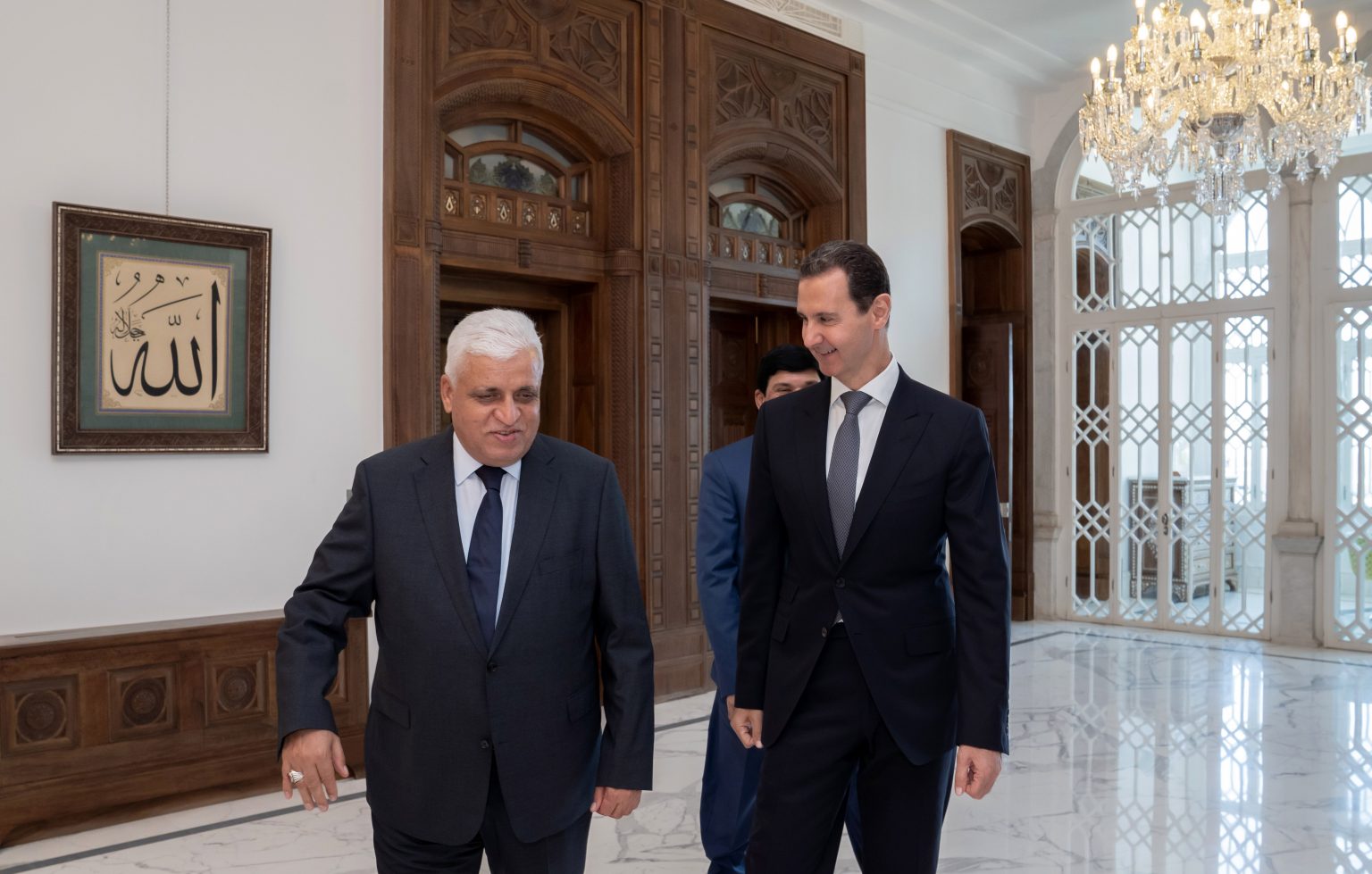 President Bashar al-Assad received on Monday Faleh al-Fayyad, Head of the Popular Mobilization Forces in Iraq. Fayyad delivered a letter to President Assad from the Iraqi Prime Minister Mustafa al-Kadhimi regarding the Neighboring Countries Summit to be held late this month in Baghdad, and the importance of Syrian-Iraqi coordination on this conference and the topics on its agenda.

Read Also: Will Erdogan and Assad Meet in Iraq?

Talks during the meeting also tackled the measures taken to enhance joint bilateral cooperation in all fields, especially with regard to combating terrorism and controlling border security, which is an important factor not only at the security level but also contributes to the continuation of the trade movement between the two countries, which benefits the two brotherly peoples and achieves their interests.

The Iraqi foreign ministry has denied having sent an invitation to Syrian President Bashar al-Assad to attend the Baghdad regional summit at the end of this month, as Syrian state media reported that the head of the Popular Mobilization Forces (PMF) delivered a message from the Iraqi Prime Minister on the summit to Damascus on Monday.