The Spanish authorities seized 20 tons of drugs hidden on a ship coming from Lebanon with a Syrian crew on board, according to Sowt al-Asima. 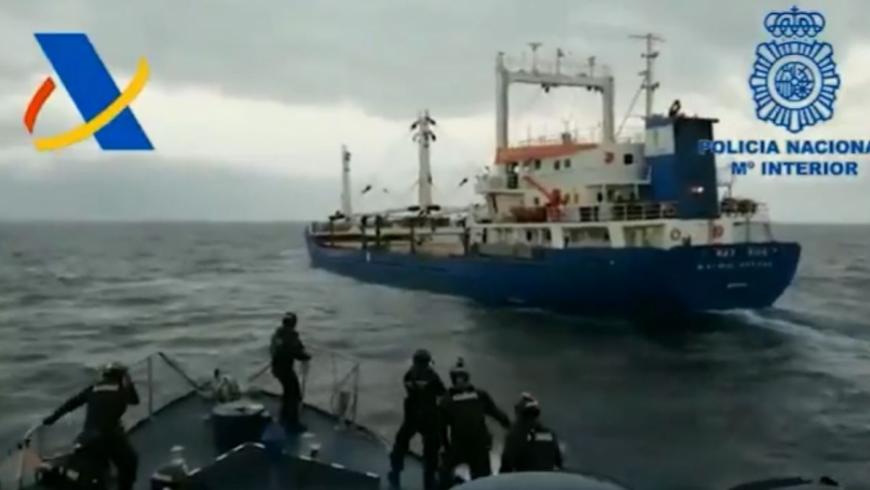 On Sunday, the Spanish authorities seized a shipment of drugs hidden on a ship coming from Lebanon with a Syrian crew on board. The ship was carrying construction materials and was headed to Morocco.

Authorities announced that they confiscated the shipment after it was seized off the Spanish coast by an Irish and French-led intelligence operation. The estimated value of the drugs amounted to 400 million euros.

The Irish newspaper, The Irish Times, reported that the cargo ship Natalia was inspected in international waters, in the Canary Archipelago. The Spanish law enforcement and customs authorities seized 20 tons of hashish.

The ship’s crew, which was in a dangerous and unseaworthy condition, consisted of 11 Syrian men. These men were then detained by Spanish authorities for investigation, the newspaper said.

Natalia set off from Lebanon to Lagos, Nigeria, through the Turkish port of Iskenderun. It is then that the Irish office of the European Maritime Analysis Operations Center “Maoc”, based in Lisbon, began tracking the ship.

The ship, which had a Syrian crew, was heading to Morocco while carrying a shipment of construction materials, and drugs were hidden inside the ship’s wards.

According to the bureau’s report, the ship has made suspicious changes to its registry over the past month. Examples are: changing its name to Natalia and its flag from Togo to the flag of the island nation of Palau.

Police believe the arrested smuggling ring has links to other smugglers in countries along the route including Malta, Syria, Egypt, and Libya.