A Russian officer has reportedly expelled the regime's defense minister from Daraa, as the two have different views on how to deal with unrest in Daraa al-Balad, according to al-Hal. 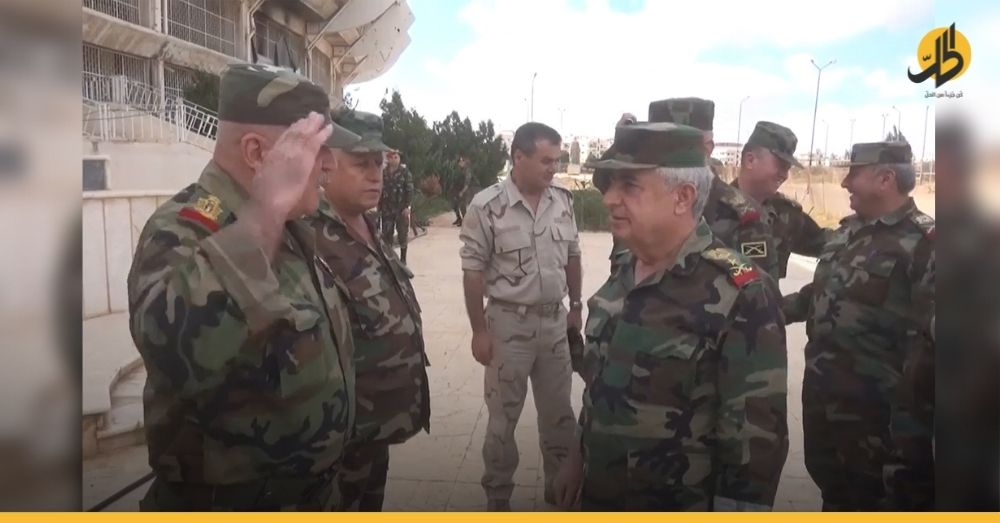 On his Twitter account, Rahal wrote: “A Russian officer expelled Assad’s Minister of Defense yesterday from Daraa after he threatened to storm Daraa al-Balad. The expulsion also covered some from the regime’s delegation (Major General Hossam Louka and General Mufid Hassan, as well as Brigadier General Louay al-Ali and Brigadier General Ghiath Dallah). This development reflects another dispute between the regime’s delegation and the Russian position, which rejects any invasion.”

On Monday, the Syrian defense minister threatened to storm the neighborhoods of Daraa al-Balad. The minister had earlier arrived in the governorate to meet with the Syrian government’s Security Committee. His arrival coincided with the arrival of a Russian delegation, which met with the central committees to halt the latest escalations.

Analysts believe that the Russian side is seeking to resolve the issue of Daraa without the use of military force; instead, Russia prefers to use negotiations and exiling opposition fighters to northern Syria. This approach supports Moscow’s claims that the war has ended, as part of Russia’s advocacy for the repatriation of Syrian refugees.

From another angle, Iranian militias are pressuring Syrian forces to storm the neighborhoods of Daraa al-Balad by force. The militias want to expand their influence in the southern regions of Syria. Rahal said: “Iran needs the Russian veto. It is Iran that is pressuring the army of its servant Assad to invade Daraa, in service of Tehran’s regional objectives.”

On Tuesday morning, Daraa witnessed another military escalation after negotiations between the central committees in Daraa al-Balad and the Syrian government faltered again. The negotiations broke down particularly after the Syrian Defense Minister insisted on the conditions of handing over all weapons, conducting inspections, and deploying military forces inside besieged neighborhoods in Daraa city.

Brigadier General Ahmed Rahal is one of the most prominent Syrian military analysts in Turkey, who announced his “defection” from Syrian forces and declared his opposition to the ruling regime in 2012. Before that, Rahal had served as a naval officer and a teacher at the Supreme Academy of Syrian Military Sciences. Rahal has since appeared on opposition channels as a strategic and military analyst, speaking about military developments inside Syria.