A Russian delegation met with the regime's defense minister in the city of Daraa, to discuss recent events in the area, al-Etihad press writes. 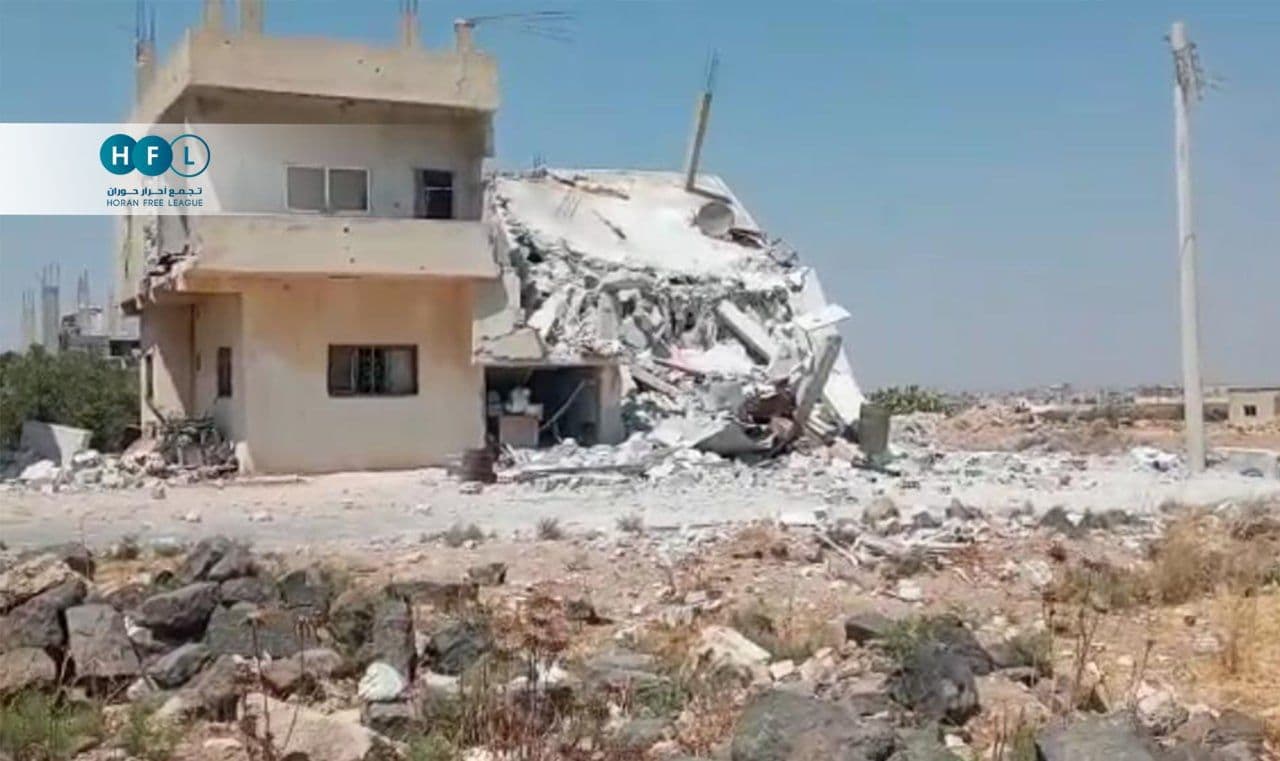 Local media revealed that a meeting took place in the airport district of the city of Daraa between a Russian delegation comprising the Russian officer, nicknamed Assadullah, and General Ali Ayoub, the Defense Minister of the Government of the regime. Ayoub was accompanied by security committee officers.

According to the Ahrar Horan Group, a Russian delegation finished its meeting this afternoon (Monday) with Defense Minister Ayoub in the airport district, which is next to the besieged Daraa al-Balad. The meeting was held to discuss the ceasefire process in Daraa al-Balad, as confirmed by an Enab Baladi’s correspondent in Daraa.

According to local news agency Nabaa, the meeting coincided with a Russian military force entering the neighborhood, where the meeting between the Russian and Syrian sides took place.

Ayoub arrived on Monday morning at the Ba’ath Party building in the airport neighborhood, Daraa al-Mahatta. Ayoub came to meet with the security committee, which represents the Syrian regime in the ongoing negotiations in Daraa.

For its part, Damascus did not officially announce the defense minister’s mission or the reason for his visit to Daraa officially, in light of the military escalation in the city.

A doctor in Daraa has appealed to humanitarian and medical organizations to rescue 11,000 besieged families in southern Syria.

In an audio recording posted on social media by activists, the Syrian doctor called on humanitarian and international organizations to intervene and stop the tragedy that is being experienced by besieged families, both in and around Daraa.

The doctor explained that the only medical center in besieged Daraa — which serves 50,000 citizens — was out of service, following artillery shelling from the regime in the early days of the siege. The doctor indicated that the only alternative medical center nearby does not have even the most basic medical equipment to perform surgical procedures.

The doctor stressed that the Syrian-Jordanian border must be opened for cases of humanitarian aid and medical need, especially since the region is witnessing a mutual escalation.

According to another source (Baladi News), Iranian-backed armed groups– especially the 4th Division led by Maher al-Assad — are seeking to thwart any settlement agreement in Daraa. These groups want full control of southern Syria.

The Daraa Central Committee had reached a settlement agreement with Russian military police, following a meeting between the two parties in the area of Daraa al-Mahatta on Sunday. Despite this, at dawn on Monday 4th Division militias tried to advance on the neighborhoods of Daraa al-Balad. The Daraa community managed to repel these attempts and forced the militias to retreat. The militias responded by shelling the city’s neighborhoods with tank shells, cannons, and anti-aircraft missiles.

Sources confirmed to Baladi News that Iranian militias are insisting on the exile of several Daraa community members to northern Syria. This demand serves as a precondition for the militias to end their military campaign against the city of Daraa.

Abu Mahmoud al-Hourani, the spokesman for the Ahrar Horan Group, said in an exclusive interview that the 4th Division, al-Ghaith forces, and the Iranian militias want to thwart the settlement agreement in Daraa. These attempts reflect an effort to capitalize on any breach committed by the Daraa community.

Hourani said that the 4th Division militias are seeking revenge against the Daraa community, and especially those in Daraa al-Balad. These communities had rejected the presidential election charade and sought to control the Syrian-Jordanian border.

In the northern countryside of Daraa, residents of Jassim city grew more fearful of efforts to storm the city after regime forces closed all secondary and agricultural roads leading to Jassim, which is home to some 70,000 people.

According to a local news correspondent, military reinforcements of the regime’s forces — consisting of about 200 troops and equipped with light and medium equipment — have reached the al-Mohs hill, west of the city.

The reinforcements’ arrival followed the recent settlement agreement reached by the central committees with the Russian representatives in Daraa, the correspondent added.

The correspondent indicated that regime forces had tried to advance to storm the city on Sunday evening, but the city’s rebels repelled the attack, forcing them to retreat and install military positions. Regime forces stationed snipers in the farms and city outskirts, who injured the young man Bassam Nawaf Barjas al-Halqi. Halqi was taken to hospital in an ambulance.

The Daraa Central Committee reached a settlement agreement with Russian military police after a meeting between the two sides in the “Daraa al-Mahatta” area.