People loyal to the regime deem the first lady, Asma al-Assad responsible for the electricity crisis, as they was behind the massive sale of solar panels, according to SY-24. 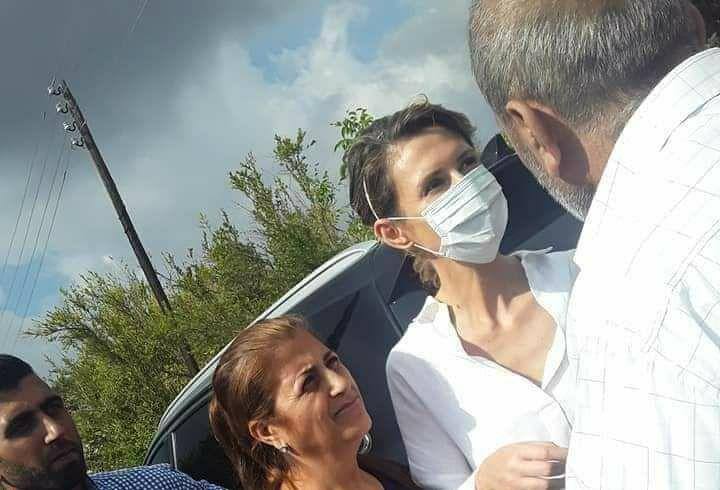 Media sources in Syrian regime-controlled areas confirmed the near-total paralysis of markets in coastal areas. The services have faltered due to the ongoing and worsening electricity crisis. Loyalists have alluded to Asma al-Assad being responsible for this electricity crisis after she forced people to buy solar panels. Assad is the person behind this policy.

In the details obtained by the SY-24 platform, sources quoted complaints from shopkeepers about the deteriorating situation that they are enduring, and the paralysis of commerce due to increased electrical rationing.

The sources said that shopkeepers are now suffering from great psychological pressures as a result of this crisis, which in turn has impacted their economic and living conditions.

“Things are getting worse,” the sources quoted residents of these coastal areas as saying. The sources noted that, although the regime and its government have restarted producing gas in large quantities and have big amounts of crude oil, the electricity crisis is showing no signs of improving or easing.

The suffering is not limited to coastal cities. It extends into rural areas, which in turn suffer from prolonged water pumping because of rationing. Rural people express their suffering by saying that “the future is unfortunately unknown.”

In similar news, sources said that ongoing electricity rationing in Aleppo city for long hours is unprecedented. The crisis is similarly worsening in the city of Homs and Rural Damascus.

The sources said that the city’s rationing times extend for more than 14 hours, adding that hot weather is amplifying people’s suffering.

Several residents, both in Aleppo and in coastal cities, said that people have faced pressure to switch to solar panels, under the pretext of transitioning to alternative energy sources. This market, according to the sources, is controlled by “corrupt officials.”

Others noted that the crisis will continue until sales are completed for the solar panels demanded by “Our Jasmine Lady,” referring to Asma al-Assad, who they responsible for the electricity crisis.