Checkpoints leading to Daraa al-Balad have reopened, marking the end of a weeks-long siege after an agreement was signed, according to Baladi News. 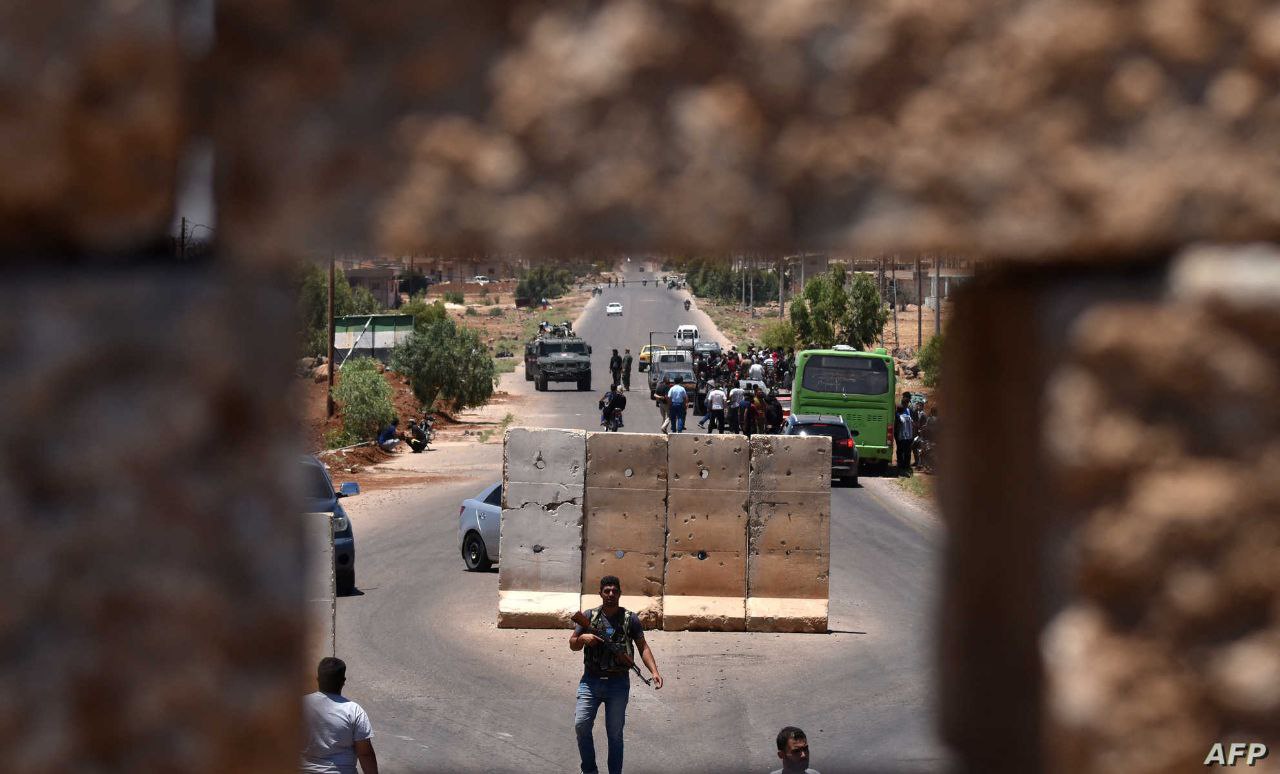 After a 32-day closure, Syrian regime forces reopened the al-Saraya checkpoint, which connects the neighborhoods of Daraa al-Balad and the city center, putting an end to a siege that lasted more than a month.

According to sources of the Ahrar Horan Group, which specializes in reporting news in the southern region [of Daraa], regime forces reopened the al-Saraya checkpoint between Daraa al-Balad neighborhoods and the city center on Monday, ending the siege imposed on the area.

The re-opening of the Al-Saraya checkpoint complies with the agreement reached by the Central Committee [of Daraa al-Balad Neighbourhoods] and the Assad regime two days ago.

Local sources confirmed that, on Saturday, an agreement had been reached in Daraa al-Balad, in southern Syria. It was reached between the Central Committee on the one hand and regime forces and the Russians on the other. The agreement brought the siege of the Daraa al-Balad area to an end.

At the time of the agreement, the sources revealed to Baladi News that the agreement comprises five main provisions. These include, first, “handing over individual weapons held by individuals to the regime forces,” then the disarmament of local militias that form part of the military security branch. These groups include the Kassam militia, amongst others.

The agreement provided for opening roads between the Daraa al-Balad and Daraa areas, as well as the withdrawal of regime forces’ checkpoints from the road joining those two locations.

Under the fourth provision, regime forces can place three security checkpoints inside Daraa al-Balad. The checkpoints will be located at the slaughterhouse, the post office, and the electricity company.

According to the fifth provision, regime forces will withdraw reinforcements that have recently arrived in Daraa al-Balad. The reinforcements will return to their military barracks.

In addition, the sources reported that the security status of 135 people from Daraa al-Balad will be resolved in the coming period.

The Daraa al-Balad neighborhood has been subject to a suffocating siege for the past month. Roads and crossings leading to Daraa al-Balad have been closed; parents have been unable to access food and medicine; baby formula has disappeared from pharmacies, and the regime has prevented UN aid from entering the area. The regime has imposed these pressures to drive the local community to accept and implement the regime’s demands.