The National Coordination Body for Democratic Change has repeated that it is not trying to replace the opposition's National Coalition, according to al-Modon. 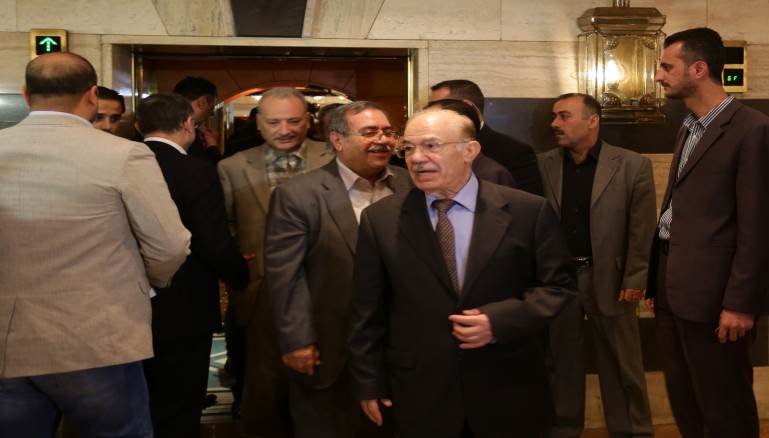 In a phone interview with al-Modon, Hassan Abdel Azim, the general coordinator of the National Coordination Body for Democratic Change (NCC), confirmed that the commission had held meetings with the Syrian Democratic Council (SDC), as well as Russia’s platform for the Syrian opposition, and other currents, including the Peace and Freedom Front. However, Abdel Azim denied that the purpose of these meetings was to form an anti-coalition front or any alternative to it.

Abdel Azim said that the delegation formed by the NCC began virtual dialogue sessions with the Popular Will Party, which is led by Qadri Jamil, and with the SDC, which is the political arm for the Syrian Democratic Forces (SDF).

He added that the commission is essentially allied with Moscow’s position in the negotiating body. “We also started a dialogue with the SDC several months ago, and a declaration of principles was reached, without guarantees that these principles would be implemented, after which the dialogue ceased, and now we are doing it again.”

Sources had suggested that these meetings aimed to form a political body to replace the coalition. The sources alluded to Russia playing some role behind the scenes. Abdel Azim denied these rumors in this context, saying: “The body is aligned with the coalition and participates alongside it in the negotiating body.”

“The dialogue aims to find a way out of the political stalemate and difficulties within the negotiating body, which is internationally recognized and consistent with international resolutions,” Abdel Azim said. “In the NCC, we are focused on uniting the opposition. We do not want to destroy opposition groups.”

An alternative perspective suggests that the meetings are part of Saudi and the Arab states’ attempt to reorganize the status of the Syrian opposition. The source told the Syrian Today website that the meetings occurred due to new arrangements stemming from the U.S.-Russian consensus on Syria.

The [same] source accused SDC of blocking the initiative aimed at bringing the SDF closer together with the Syrian opposition, represented by the coalition. Yet Riad Drar, the Syrian Democratic Council’s joint president, challenged the source’s statement. Drar stated to al-Modon that the group “does not hinder any initiative to unite Syrians; rather, it works within the context of protecting the achievements of the people of the region.”

“SDC is keen to engage with the Syrian forces to find a political solution. We are also open to working with Turkey for the sake of Syrian interests after Turkish forces depart from areas they are occupying,” Drar said.

“Many meetings have taken place: we are not talking about outcomes until a final agreement has been reached,” Drar said.

Russia knows that previous meetings with Damascus have failed due to the Syrian regime’s insistence on resuming its pre-crisis role. In addition, the Syrian regime’s actions do not accord with the dialogue’s efforts: specifically, the regime has conducted indiscriminate arrests and provocations in Aleppo and security points in the al-Jazira region. These actions demonstrate the regime’s lack of sincerity and commitment to finding a solution.

Lavrov called on Syrian Kurds to “show interest in dialogue with the Damascus government instead of bowing to separatist tendencies.” Lavrov continued: “Since the beginning of the Syrian conflict, Russia has been encouraged to make direct contact between the Kurds and the Damascus government, to reach agreements on how they can live together in one country.” Lavrov added that “neighboring Iraq is a good example that can be instructive in this regard.”