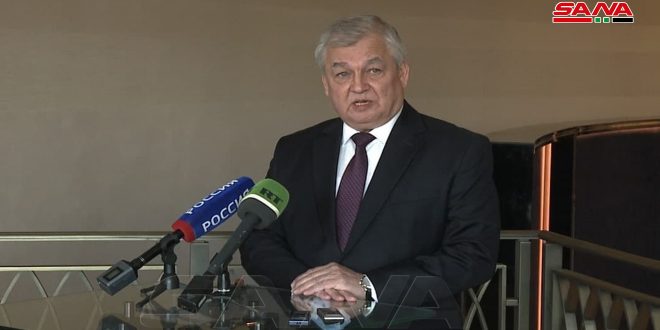 Russian President’s Special Envoy to Syria, Alexander Lavrentiev stressed that his country insists on not prolonging the so-called “cross-border aid delivery mechanism” in Syria, as this mechanism has exceeded its usefulness.

In a statement to Journalists on the sidelines of the 16th of Astana format talks on Syria, which has started its activities earlier on Wednesday in the Kazakh capital Nur-Sultan, Lavrentiev said that “we, of course,  insist on folding this mechanism and on not prolonging its work as it exceeded its usefulness.”

Read Also: Syria and the ‘American Test’ for Russia

Nevertheless, Lavrentiev went on saying that the latest summit held between the Russian President Vladimir Putin and U.S. President Joe Biden in Geneva was “constructive and very encouraging”,

The Russian diplomat pointed out that Russia will discuss during the current meeting with the UN special envoy for Syria Geir Pedersen the continuation of the work of the Committee for Discussing the Constitution, indicating that all conditions to continue its work have been secured.