The delegation of the Syrian opposition has reached the Kazakh capital ahead of the 16th round of Astana talks, according to Al-Souria Net. 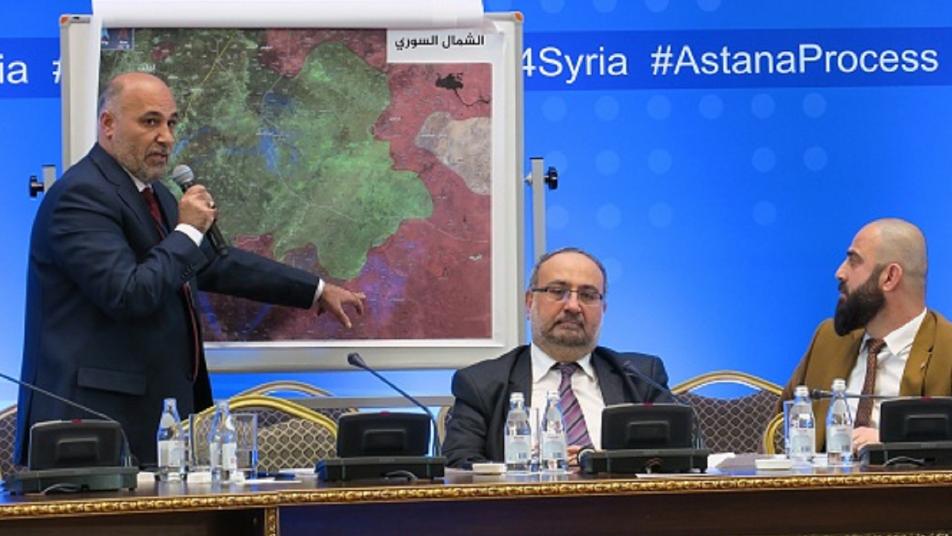 The Syrian opposition delegation has arrived in Nur-Sultan, the Kazakh capital, to participate in the 16th round of Astana talks.

On Monday, informed sources told al-Souria Net that the delegation has placed three issues on its agenda. The first issue is the situation of escalation in Idleb. The second is the ongoing violations of the ceasefire agreement in place. The third issue concerns the progress in the political solution, according to the sources.

Bilateral and trilateral consultations with the Syrian parties have been scheduled for Wednesday, the first day of the Astana 16 around.

A plenary session will be held on the second day (Thursday), the Kazakh foreign ministry said in a statement last week.

Separately, the regime delegation is expected to arrive in the Kazakh capital on Tuesday morning.

“The delegation’s agenda will focus on the message sent by Syrians during the presidential elections. They rejected any interference in Syrian affairs and insists on maintaining their country’s independence and sovereignty,”  said Ayman Sussan, Assad’s deputy foreign minister, as quoted by the al-Watan newspaper.

Sussan added that the key issue on the Assad regime delegation’s agenda is “the most important developments that have taken place in the past period, during the national approval of the presidential elections.”

“The results of the elections must impact all other positions, with the effect of changing their approach to the situation in Syria,” he said.

Read Also: Bombardment Between Government and Opposition in De-Escalation Zone

In February, the 15th round of Astana talks ended in Sochi, Russia. The talks were attended by representatives of the “guarantor countries” (Russia, Turkey, and Iran), UN Envoy to Syria Geir Pedersen, and observers from three Arab countries: Jordan, Iraq, and Lebanon.

The talks ended with a concluding statement, in which the participating countries stressed the extension of all agreements aimed at de-escalation and pacification in Idleb. The statement also affirmed the participants’ commitment to “the territorial integrity and sovereignty of Syria”.

However, the upcoming talks will coincide with a military escalation by the regime and Russia within the de-escalation zones of Idleb, which had been established during previous rounds of Astana talks.