Security agencies in the countryside of Daraa demanded the delivery of weapons to local fighters who are part of settlement agreements, according to Etihad Press. 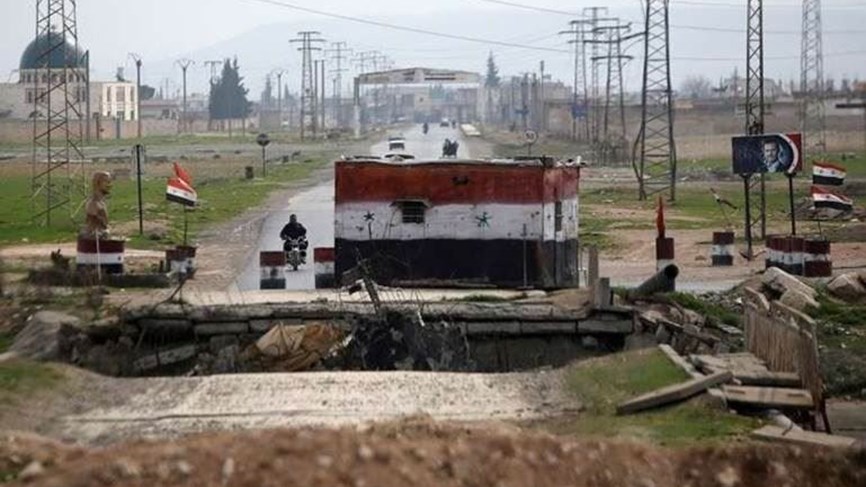 Security agencies in the northern countryside of the Daraa governorate demanded the delivery of weapons to local fighters in the city, who hold settlement and reconciliation cards.

A few days ago, a meeting was held at the headquarters of the 9th Division close to the city of al-Sanamayn. The meeting was attended by Brigadier General Loay al-Ali, head of the military security branch in Daraa, and Major General Hossam Luqa, chairman of the security committee, and other officers from the security services. The meeting also included former prominent local figures and leaders.

The officers demanded that individual light weapons be carried by local city gunmen who had worked before 2018 within local factions and then underwent the Settlement and Reconciliation Agreement.

Mosques in al-Sanamayn broadcast through loudspeakers a military statement asking anyone who owns any type of weapon to hand it over and make a new settlement agreement before the evening of Saturday.

In other news (according to al-Souria Net), the Martyrs’ Documentation Office in Daraa issued statistics on the assassinations and assassination attempts that took place in the governorate since the Assad regime took control over it in 2018, under a settlement agreement.

In a statement issued on Thursday, the office said that its crime department documented at least 1,000 assassinations and attempted assassinations during the last three years of the regime’s control over the governorate. It is noteworthy to state that the statistics do not include attacks on checkpoints and soldiers of the Assad regime.

According to the report, which covers the period extending from August 2018 until June 2021, the assassinations have prominently targeted former opposition faction fighters. These fighters joined the settlement agreement and refused to flee to northern Syria after the regime took control of Daraa.

The settlement and reconciliation agreement, which took place in mid-2018 across southern Syria, stipulated that local factions covered by the settlement agreement would only hand over their heavy and medium weapons, not their light ones. However, some areas have continuously witnessed claims by the Security Committee and officers of the security services regarding individual weapons. These claims are often rejected and are considered by local fighters to be a coup d’état.