The Turkish Religious Endowment is planning to build hundreds of concrete houses in northern Syria for refugees, according to Zaman al-Wasl. 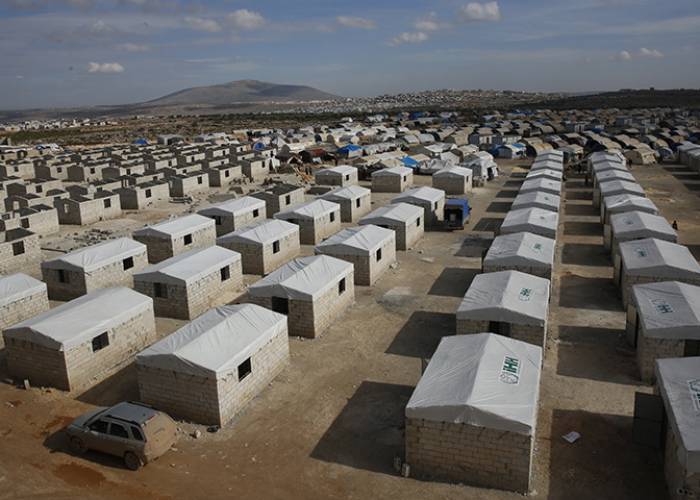 The charity had received donations from the French city of Strasbourg collected by the branch of the Turkish Islamic Union for Religious Affairs (DITIB), and other Turkish associations active in France.

The donation campaign was very popular, which led to the collection of an amount sufficient to build 539 housing units in northern Syria.

The Turkish Religious Endowment seeks to establish permanent units built of concrete and resistant to climate conditions so that the suffering of displaced families living in tents comes to an end.

Ramadan Dolu, one of the campaign’s organizers, said the donors in Strasbourg showed solidarity with the Syrian war victims.

The first Center is the al-Ra’i Center in the city of al-Ra’i, north of Aleppo. The second is the Ataa Residential Village Dispensary in Idleb’s countryside.

The two centers provide more than 625 doses of vaccine each month to the displaced in northern Syria, hoping to enhance herd immunity against Covid-19 in the region.

The vaccination process against the Coronavirus is the result of fruitful cooperation between the Syria Vaccine Team and non-governmental organizations operating in northern Syria. For example, the Covax Global Initiative provides vaccines through UNICEF, and the World Health Organization provides material and technical support.

The Syria Vaccine Team plans, implements, and technically supervises the activities, and humanitarian organizations provide support and assistance through their hospitals and health centers.