The Syrian Information minister claims that media terrorism is one of the tools unsuccessfully used by enemy States to defeat Syria, according to The Syria Times. 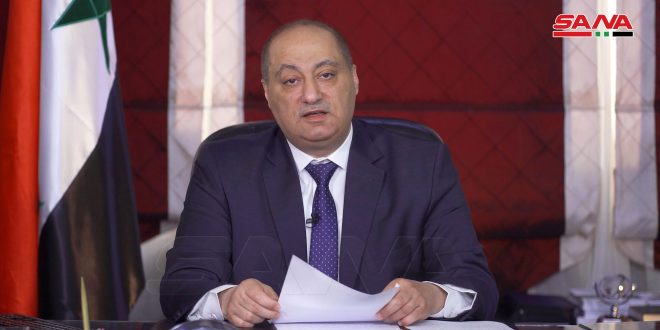 Information Minister Imad Sarah stressed that Syria is facing the fiercest form of armed terrorism that is practiced by its enemies to destroy it. This is done through takfiri terrorism, the unfair siege, as well as media terrorism which has been used as a platform to demonize everything in Syria and to picture it as a failed country.

In his speech at the opening of the activities of the tenth Meeting of the General Assembly of the Islamic Radios and Televisions Union (IRTVU) kicked off on Tuesday in the Iranian capital city of Tehran, under the slogan “Media Justice and Freedom of Expression,” via video conference technology, Sarah said that the Syrian national media has produced 40 martyrs defending Syria’s sovereignty and dignity. Further, more than 60 were wounded while chasing terrorism along with the Syrian army personnel to cover the heroism of the Syrian Arab army and show terrorism with all its details.

“Day after day, we are winning the media war and undermining the scheme of the enemy, inspired by the steadfastness and vision of President Bashar al-Assad,” the Minister said. He asserted that the huge popular rallying around them in the recent election has reflected the spirit of victory among Syrians, despite all that has been promoted by the enemies of Syria during the past years.

This round of the IRTVU is held via electronic means, in conjunction and partnership with several Arab and Islamic capitals and cities, namely Tehran, Baghdad, Beirut, Sanaa, Gaza, Kabul, and Istanbul, in addition to some participants from the rest of the world.