Humanitarian catastrophe looms over Syria, and repression intensifies in Daraa. Catch up on everything that happened over the weekend. 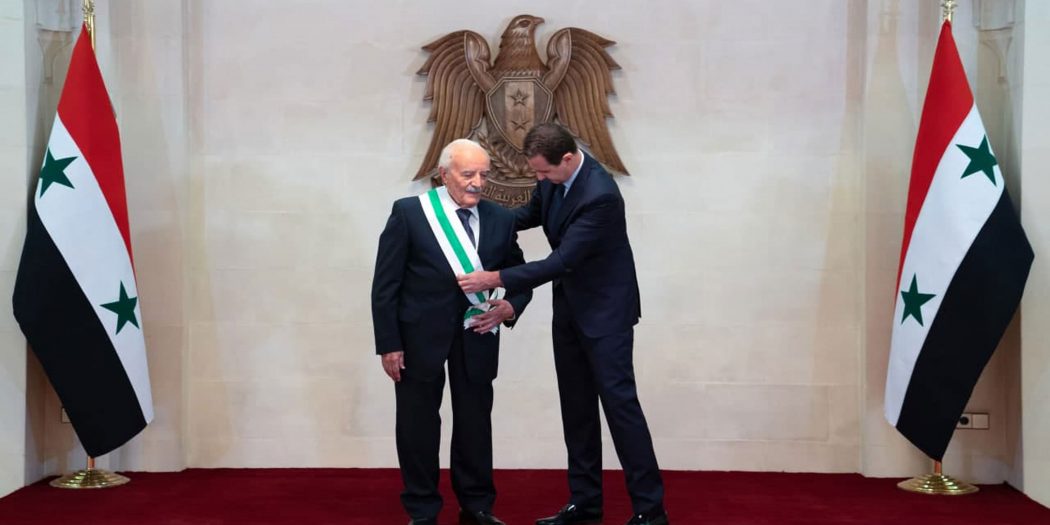 Syria and Russia affirmed the continuation of efforts to create the appropriate conditions for the return of the displaced to Syria, adding that the humanitarian file “that the hostile sides talk about” is nothing but a pretext for attacking Syria’s sovereignty and supporting terrorism. In a joint Syrian-Russian press conference in Damascus, SANA quoted the Minister of Local Administration and Environment Hussein Makhlouf presenting the Syrian state’s measures to repatriate displaced people. Makhlouf said that the Syrian state is focusing on increasing production to ease the effects of unilateral coercive measures on Syrians imposed by the United States and Western countries.

Syrian opposition figure Fouad Humeira announced his withdrawal from the Syrian National Coalition, “because of its weak positions on the Syrian revolution.” North Press reported that the leader of Syria’s Tomorrow Movement announced his withdrawal from the coalition on his personal Facebook page. Humeira, an Alawite opposition figure, added, “This step was inevitable because the coalition’s weak position before the regional powers offended the dignity and the freedom of the revolution.” He said that he would explain the other reasons later.

Failure to renew a cross-border aid operation into Syria before it expires next month could trigger a new “humanitarian catastrophe” in opposition-held areas in the northwest, the World Health Organization said on Friday. The WHO made its statement ahead of what is expected to be a showdown next month between Western members of the Security Council who support renewing the crossing and Russia, which has blocked other cross-border operations. “A large-scale UN cross-border response for an additional 12 months remains essential to save lives,” Reuters quoted WHO spokesman Christian Lindmeier telling journalists in Geneva. “Failure to renew UN cross border authorization would greatly diminish central humanitarian operations and plunge northwest Syria into yet another humanitarian catastrophe,” he added.

Participants in the first session of the meeting of the permanent office of the Arab Lawyers’ Union held recently in Damascus called for lifting the “unfair siege” imposed on the Syrian people, asserting Syria’s right of adopting all means to “eliminate terrorism and liberate its lands.” According to SANA, the Permanent Office of the Union of Arab Lawyers closed its meetings this Saturday in Damascus, expressing solidarity with Syria and rejecting the “terrorism and occupation” that this nation faces. In the final statement, the participants condemned the “occupation of any part of the Syrian territory by colonial powers and their support for terrorist groups,” calling on the international community to “put pressure on the occupying countries and force them to withdraw from Syria.”

Zaman al-Wasl reported that Syrian regime forces backed by Russia’s military police have besieged the city of Daraa al-Balad in the southern Daraa province as residents refuse to hand over their own weapons, local reporter said Saturday. Local activists say the Russian demand is a new trick to tighten control over the Old City of Daraa, Daraa al-Balad, which is considered the Syrian revolution’s cradle. The regime forces have closed all roads leading to Daraa al-Balad, except for the Sijna neighborhood road, which is controlled by Military Security and the Fourth Division.