Syria confirmed its support to Cuba in the face of American sanctions, The Syria Times reports. 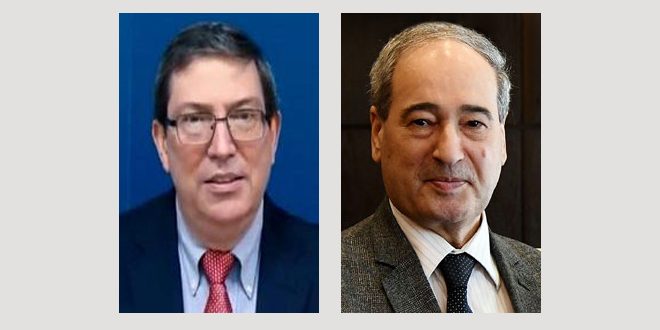 The Minister of Foreign Affairs and Expatriates Faisal al-Mekdad has asserted that the result of the vote on the draft resolution submitted by Cuba about lifting the unfair US blockade shows that it is a just cause. He asserted that the condemnation by the entire international community of the blockade and sanctions is further proof of this, adding that it is a great diplomatic victory for Cuba.

In a letter to his Cuban counterpart Bruno Rodriguez, Mekdad praised the diplomatic victory that Cuba achieved at the United Nations General Assembly. The vote was almost unanimous, as only the US and Israel have voted against it.

Mekdad concluded his message by underlining Syria’s support for its friend Cuba and its just causes, expressing his solidarity until the greatest victory is achieved and the unjust siege is lifted.