As tension escalates around Idleb, an exchange of artillery killed 10 on Monday, according to Zaman al-Wasl. 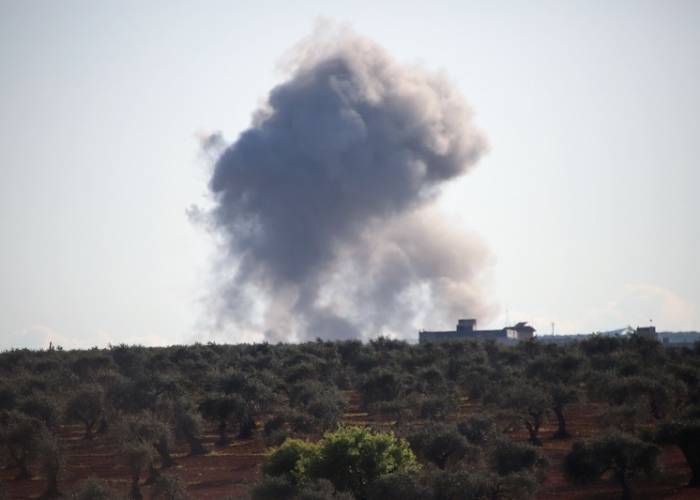 The area has been witnessing an escalation of violence in recent weeks between government forces and insurgents on the separating line of the last rebel stronghold in the northwestern province of Idleb.

The region had been relatively calm since a truce brokered in March last year by Turkey and Russia halted a crushing three-month Russian-backed regime air and ground campaign that had killed hundreds and sent a million people fleeing toward the Turkish border.

Opposition activists say regime forces fired dozens of artillery shells on the villages of Ihsim and Barah on the south of Idleb killing nine people, according to the Britain-based Syrian Observatory for Human Rights, an opposition war monitoring group. It added that 13 people were wounded in Barah.

Idleb-based activist Taher al-Omar said the victims included a local commander of the al-Qaida linked Hay’at Tahrir al-Sham, as well as several other fighters from another militant group. He added that three civilians were killed as well.

Northwestern Syria is home to 3.5 million refugees but is controlled by opposition Islamist fighters.

The regime forces used the Russian laser-guided Krasnopol artillery shells in their attacks, which were usually used to destroy fortified field installations.

Meanwhile, a Russian unmanned reconnaissance aircraft crashed on Sunday evening as a result of a technical malfunction in the Jabal al-Zawiya area, while rebels thwarted an incursion attempt by regime forces into southern Idleb.

A rebel source in the al-Fateh Operations Room told Zaman al-Wasl that a Russian Orlan-10 unmanned reconnaissance aircraft crashed on Sunday evening near the town of Mantef in the Jabal al-Zawiya region.