Many officers and agents from the Intelligence Communications Department are detained by the regime in a case linked with the assassination of Qassem Soleimani, according to Zaman al-Wasl. 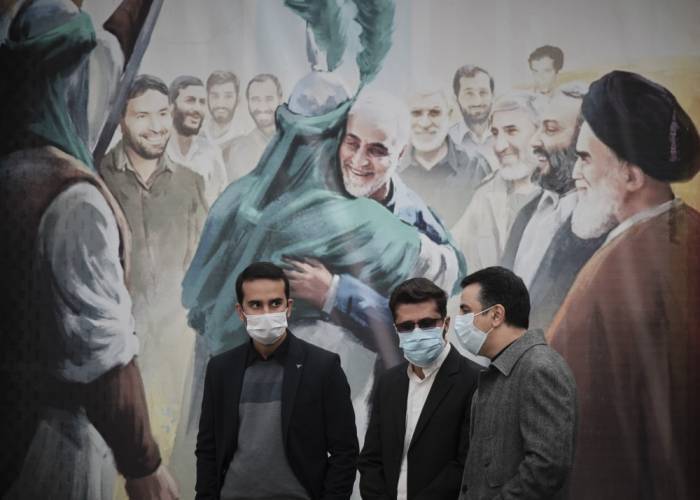 The fate of 63 officers and agents from the Intelligence Communications Department is still unknown. They were captured in January 2020 following the assassination of Iranian General Qasem Soleimani by a U.S. attack, a military source told Zaman al-Wasl Wednesday.

At least 20 officers and 43 telecommunication operators were held in the Military Investigation Branch 248 in Damascus. Six senior officers are still in the Branch 293 prison.

The Syrian Intelligence, backed by information and data from the Russian and Iranian intelligence, had tracked the network following the death of Iran’s Quds Force Commander on January 7th in Baghdad.

At the time, initial reports accused a Syrian agent of providing information about Soleimani’s movements inside Syria and the exact time of his departure from Damascus’ airport before his death in a U.S. drone attack two hours later.

The arrests took place in the army’s communication department (Branch 225) in Damascus. Most of the officers led by the Branch commander Major General Maan Hussein were arrested along with non-commissioned officers and civil technicians.

In June 2020, the finance ministry ordered the seizure of the assets of Hussein, as well his wife’s, and his children’s.

The main mission of the communication department, which coordinates with security and military services, is to spy on Syrian telecommunications and monitor local TV channels and social media accounts.

The Syrian and Iranian intelligence conducted very extensive investigations to find out those involved in leaking information related to the movement of these important figures inside Syria.

The source revealed that the regime’s intelligence, with the participation of Iranian intelligence officers, practiced various types of torture against these detainees to extract confessions from them.

Months after interrogations and investigations, the regime’s intelligence, with the help of Russian technologies, was able to identify the person associated with the American intelligence and Hussein. The source said the espionage network is most probably linked to the US Central Intelligence Agency (CIA).

The CIA has a deep and long history in Syria since it had actively participated in Syria’s first military coup in March 1949.

The source said the investigation is still in progress and has not been closed yet, noting that three Iranian intelligence officers are participating, and supervising the interrogations.

The detainees’ families have not been able to find out any news about them, the charges against them, or at least the place of their detention, although the vast majority are from the regime’s close circle.

Major General Ali Mamlouk, head of the National Security Office and Assad’s advisor, has ordered officers who run the investigations to not reveal any details about the places of detention or the results of the investigation to fellow officers regardless of their ranks, or positions.