Protests against corruption and conscription by the SDF are raging in the city of Manbij, according to Baladi News. 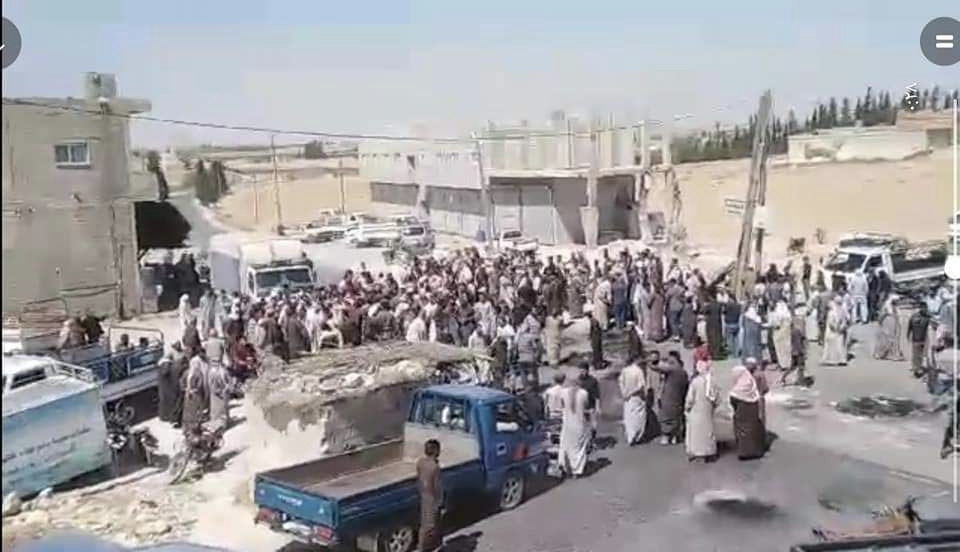 For the second consecutive day, protests have continued in the city of Manbij in the eastern Aleppo countryside, over the Syrian Democratic Forces’ (SDF) “coercion” tactics against young people in the region and their attempts to conscript them.

According to informed sources, demonstrators in Manbij burned the al-Khataf checkpoint and the al-Farat police station east of the city, forcing SDF forces to withdraw from them.

Activists posted a video showing dozens of civilians blocking the M4 international road in the village of al-Karsan, east of Manbij, in response to “coercion” practices against civilians.

In response, the sources confirmed that SDF military reinforcements had arrived to the east of the city to stop protesters from reaching Manbij’s city center and joining the protests there.

According to a Baladi News correspondent, demonstrators in Manbij demanded the release of detainees, exempting young people from conscription, and a crackdown on corruption.

On Monday morning, shopkeepers in the city announced a general strike over what they described as corruption and arbitrary arrests of young people in the city.

The escalation by city residents comes after a spree of arrests in the city on Saturday, in which 30 young people were seized for compulsory military service.

On May 8, the Autonomous Administration of North and East Syria had published a statement asking all those who had failed to complete their compulsory military service to visit their conscription centers within, at most, 90 days (from May 15 to August 12) to resolve their conscription status.