Iran is doubling its effort to culturally influence Syrian society but is facing strong Russian competition according to the Levant News. 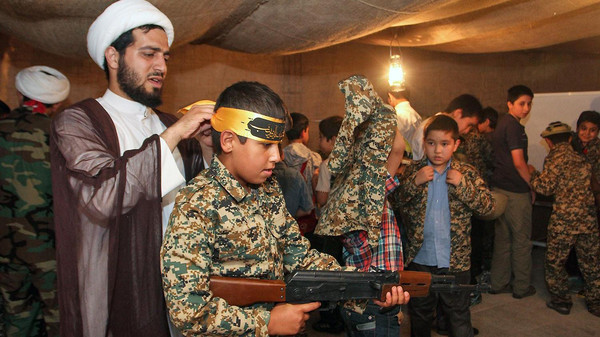 On Tuesday, June 1st, the Iranian Cultural Center opened a free Persian language course for children in Al-Mayadin city in the governorate of Deir Ez-Zor. The course, the second of its kind, was named “Baraem al-Furat” after a previous session in mid-September 2020, the Syrian Observatory for Human Rights reported.

The Centre also awarded a prize of 1 million Syrian pounds for those who excelled at the Persian language test at the course’s end.

This infiltration into Syrian education comes as Iran and Russia compete on several levels. The competition includes promoting the Persian or Russian languages, according to a Washington Post report published a few days ago.

So far, however, Russia is beating Iran in the education sector, having listed Russian as an alternative to French as the country’s second language of education. The first Russian language exams were held in Syrian secondary schools last year.

In the same vein, Iran continues to advocate for Persian to be formally integrated into Syrian schools, with Iranian Education Minister Mohsen Haji Mirzaei earlier stressing “the importance of introducing Persian into the Syrian education system.”

Additionally, Iran has introduced Persian language courses in some Syrian schools which it has helped to rebuild, particularly in the Raqqa and Deir Ez-Zor governorates. In fact, these schools already added Persian classes to the primary and middle school curricula. There are fears that the same could happen in the city of Aleppo, where Iran announced last month that it planned to open a consulate.

It should be mentioned that Iran continues its efforts to establish its presence in Syria by attracting Syrians of all ages, including children, through cultural means among others.