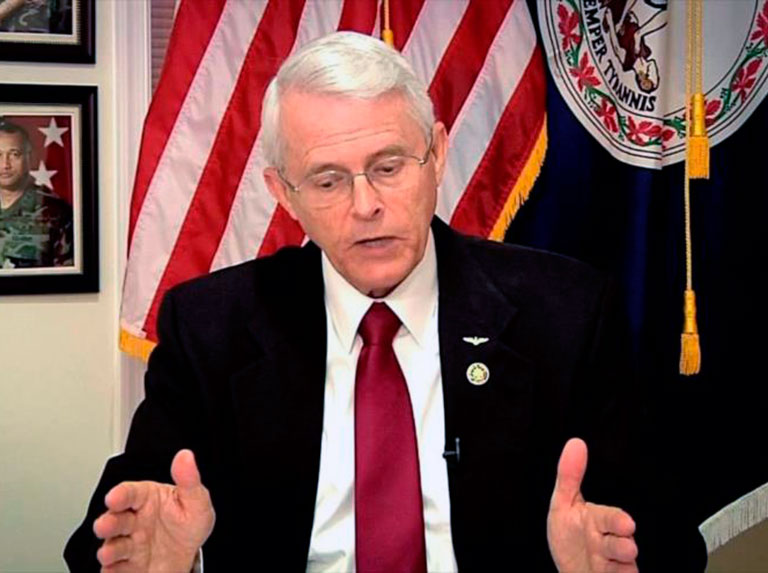 Former US Senator Richard Black has reaffirmed that the United States supports terrorist organizations to destroy Syria and steal its wealth, and that it imposes sanctions to deprive its people of the basic necessities of life in one of the most “cruel and barbaric wars,” stressing the need to stop “this madness.”

Black’s remarks came in a speech during a Schiller Institute International Conference on “The US aggressiveness, the terrorist war on Syria, and role of the US and NATO in that.”

“I am astonished by the outrageous US aggression against Syria,” Black said, adding “it is important to acknowledge after ten years of war that the West loves terrorists whom the Syrian people hate.”

Black clarified that the US is not fighting a war on terror as it claims, but rather it is closely allied with terrorists such as the al-Qaeda terrorist organization to implement its political agendas and destroy countries that reject its dictates.

Black noted that US arms dealers are benefiting greatly from lucrative deals such as anti-tank missiles that the CIA has provided to terrorist organizations to kill innocent Syrians in their cities and villages.

Black referred to the intense propaganda campaign launched by the United States and NATO against Syria and their false accusations that the Syrian Arab Army had used chemical weapons to find a pretext for launching an aggression against Syria, pointing out that in 2018, the then Defense Secretary James Mattis admitted that the United States had no evidence of these allegations.

He added that two Turkish parliamentarians were accused of “treason” after they revealed a criminal indictment that showed how a cell affiliated with al-Qaeda infiltrated 2.2 kilograms of sarin gas across the border from Turkey to be used against civilians in Syria.

Black stated that “the American forces invaded in 2015 illegally northern Syria and seized Syrian oil. An American oil company was authorized to build a refinery at a cost of USD 150 million and to explore for more oil on the sovereign Syrian land,” adding, “the United States stole the wealth of these people, leaving the Syrians to freeze in the winter while we steal their fuel.”