Unidentified gunmen have stormed a joint operations room for HTS and the National Front, according to Etihad Press 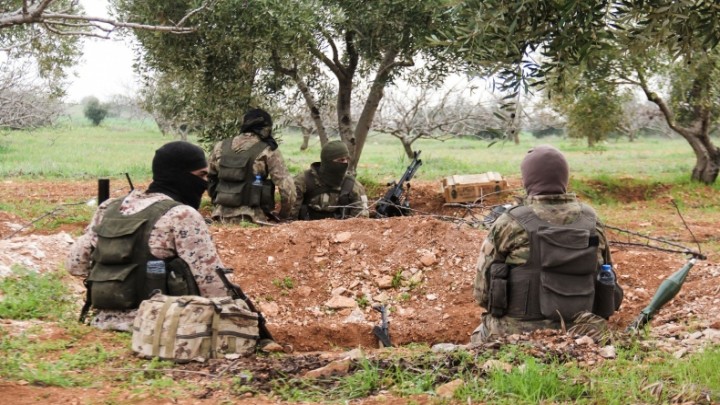 According to the Syrian Observatory for Human Rights, unidentified gunmen stormed a joint operations room for Hay’at Tahrir al-Sham (formerly Jabhat al-Nusra) and the National Front near the military front with government forces in the vicinity of Al-Nayrab area, east of Idlib.

Unidentified persons stole all the communication devices, weapons, and cars, after handcuffing everyone, and then fled.

In the middle of the night Sunday, violent clashes erupted near the village of Qah in the northern countryside of Idlib, near the border with the Sandjak of Alexandretta (Hatay Province), between operatives of Tahrir al-Sham and other militants who are likely to be Islamic State (ISIS) cells. Clashes continued until dawn and there is information for now on human losses.

One of the operatives of the ISIS cell, which had raided the security forces of Hay’at Tahrir al-Sham, blew himself up using an explosive belt, without causing any casualties.