Middle Eastern countries have faired poorly in this years Corruption Perceptions Index, with Yemen and Syria being ranked as the worse for public sector corruption write Al-Araby Al-Jadeed. 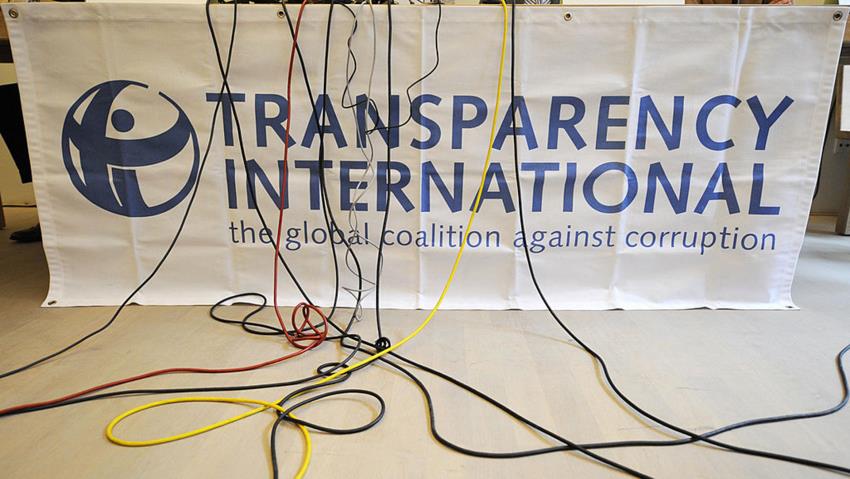 Transparency International has released its Corruption Perceptions Index (CPI) for 2020, ranking 180 countries on their perceived levels of public sector corruption with Syria and Yemen ranking among as the world’s worst.

The two countries have both been plagued by years of war and feature among the bottom four of the list, with Yemen coming in at number 176 and Syria ranking at 178.

According to Transparency International, “the Middle East and North Africa region is still perceived as highly corrupt, with little progress made towards controlling corruption”.

Of the 18 MENA countries included in the report, the UAE and Qatar topped the list with scores of 71 and 63 respectively, but Libya (17),  Yemen (15), and Syria (14) brought down the regional average.

A 2018 report by the Sanaa Center for Strategic Studies noted that corruption is not new to Yemen and was widespread prior to the break-out of war in 2014, but things have worsened.

“While competition for control of Yemen’s major economic resources rages, the networks of corruption now transcend the conflict. They seamlessly cross frontlines and borders, with perceived adversaries willingly cooperating for the sake of maximising private gain,” it added.

On Tuesday, the UN released a report that accused the Yemeni government of money-laundering and corruption.

The investigation claimed that Yemen’s Central Bank used money that was deposited by Saudi Arabia – intended for the purchase of rice, sugar, milk, and flour and to strengthen food security – in a sophisticated money-laundering scheme

“The $423 million is public money, which has been illegally transferred to private corporations. Documents provided by the Central Bank of Yemen fail to explain why they adopted such a destructive strategy,” according to the UN report.

UN humanitarian chiefs and aid agencies have warned that Yemen is on the brink of a catastrophic famine.

Of all the countries in the region, Syria ranked the lowest, with a score of just 14, which represents a 12 point drop from 2012.

Syria’s most recent score does mark a rise of one point from the previous year, but state systems remain crippled by institutionalised corruption.

Coming in at 178 on the list, the ranking represents a drastic fall since war broke out in 2011, after the Syrian regime’s violent suppression of peaceful protests sparked a wider uprising.

Jihad Yazigi, Syrian economist and editor of The Syria Report, told The New Arab that corruption has been such a long-term problem in Syria that it is now “almost a structural part of the economy”.

“The impact of corruption increases the cost of doing business, meaning an increase in the cost of products. It generates unfair competition. If you bribe people in charge of food security, it leads to poor quality food being distributed and so has an impact on public health,” said Yazigi.

“The fact the country is already going through so many economic difficulties, it only adds an additionally layer of misery. In other countries you can have corruption, but at least that can be counterbalanced by other certain positive effects. In Syria, it’s bad everywhere and the corruption is another layer of negativity.”

In spite of anti-corruption protests in countries such as Lebanon and Iraq in recent years, the basic rights of citizens continues to be curtailed.

In Iraq, corruption within state institutions “deprives people of their basic rights, including access to safe drinking water, health care, uninterrupted electricity, employment opportunities and an adequate infrastructure”, according to Transparency International.

Issues related to the lack of availability and access to healthcare have become incredibly pertinent of late with the spread of the coronavirus.

Lebanon was highlighted by Transparency International as being one of the region’s countries that continues to perform poorly.

At the end of 2019, Lebanon was rocked by widespread anti-corruption demonstrations, which lead to the collapse of the government and promises of reform.

“No major corruption investigations have started, nor have any public officials been put on trial,” said Transparency International.

The issue of corruption was again brought to the forefront following the devastating port explosion on 4 August and while “some senior officials have been charged in connection to the blast, accountability remains limited”.

CPI did note a bright point in Lebanon’s battle against corruption, with the recent adoption of the National Anti-Corruption Strategy.

Corruption in the region has left many citizens crippled, but the Covid-19 pandemic has added further misery and exposed greater levels of the corruption according to Transparency International.

“Across the region, years of corruption left countries woefully unprepared to face the COVID-19 pandemic. Hospitals and health centres lacked the resources and organisation necessary to respond effectively to the first wave of cases. Public hospitals were undersupplied and understaffed, with many health care providers becoming gravely ill,” according to Transparency International.