Residents of Suweida have expressed their anger at the regime following the arrest of the head of the Druze community reports Baladi News. 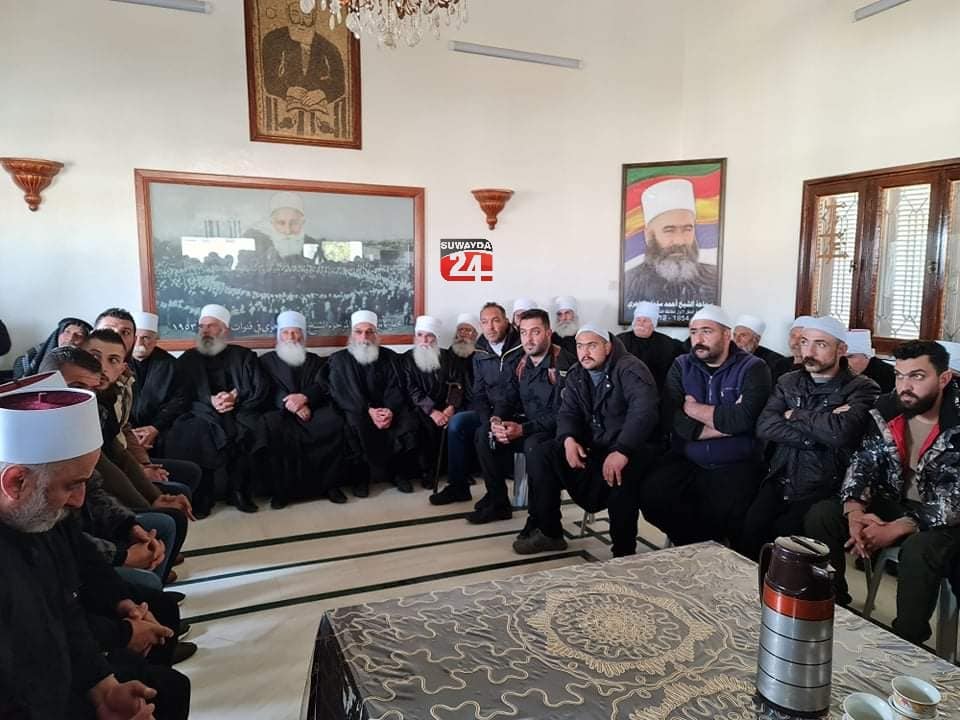 On Tuesday night, the city of Suweida witnessed angry protests. Photos of the head of the Syrian regime, Bashar al-Assad, were torn up in response to how a regime forces officer treated the spiritual head of the Druze community.

This comes after the head of the Military Security Branch in Suweida, Luay al-Ali, insulted and offended the head of the Sheikhdom of the Unitarian Druze Community, Hikmat al-Hajri.

During his meeting with the people of Suweida in the town of Qanawat, Hajri asked that calm be maintained and to stay away from escalation, indicating that, “high-ranking figures in the state offered an apology and ensured that the appropriate measures were taken against he who made a mistake,” according to the Suweida 24 website.

The regime’s intelligence had arrested Siraj al-Sahnawi at one of its checkpoints in the city of Homs, which prompted the local factions in Suweida to detain an officer and other members of the regime forces, as a means to pressure the regime to release the civilian.

Alsouria Net attacked the presidency of the Monotheistic Muslims in Suweida as well as regime officials for Ali’s behavior, which led to anger in Suweida and brought about the escalation in a show of support for Hijri.

The presidency of the Monotheistic Muslims issued a statement in which it said, “We will not accept such people among the officials, as they do nothing but harbor hatred for the state and the law because of their unjust, wrongful, and irresponsible behavior.”