The Central Bank has announced the release of the new 5,000 Syrian pound banknote, which they say will meet the needs of the market writes SANA. 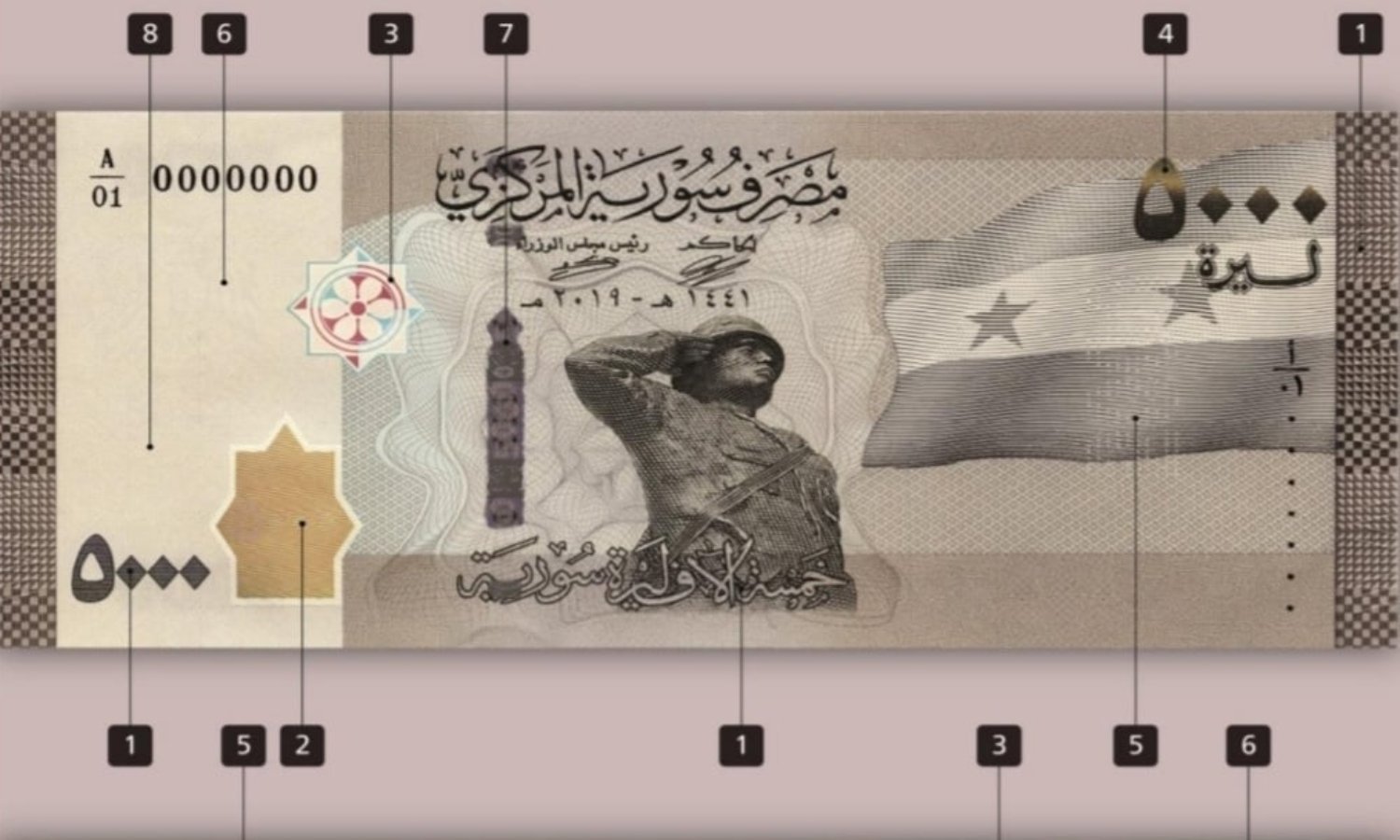 The Central Bank of Syria announced that it has released a new 5,000 Syrian pound banknote, which went into circulation on Jan, 24, 2021, noting that the time has come for the issuing, according to the current economic indicators.

The central bank, in a statement to SANA, noted that releasing the new 5,000 pound banknote into circulation is based on the bank’s role of monitoring the market and ensuring its needs of all categories of banknotes.

The central bank added that two years ago, it printed 5,000 pound banknotes to meet the expectations of the actual circulation needs of the banknotes in a manner that ensures the facilitation of cash transactions and the reduction of their costs and their contribution to confronting the effects of inflation that occurred. Additionally, reducing the intensity of dealing in banknotes due to the high prices during the years of war and the unilateral coercive economic measures imposed on Syria and the gradual disposal of damaged banknotes.