Unknown gunmen have opened fire on Bassel Haswani, the son of prominent business man George Haswani, who was recently implicated in the purchase of the ammonium nitrate that exploded at Beirut port reports Alhurra. 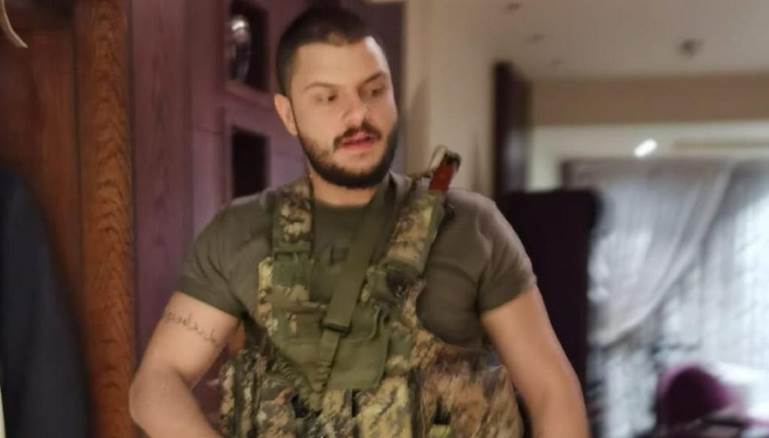 Days after information started circulating about the involvement of Syrian-Russian businessman George Haswani, in facilitating the shipment of ammonium nitrate, which was stored for years in the port of Beirut and exploded on Aug. 4, 2020, his son, Bassel, was subjected to an assassination attempt in his hometown of Yabroud (north of Damascus) on Tuesday night.

A number of Yabroud residents confirmed, in an interview with Alhurra, that a shooting targeted Bassel George Haswani on Tuesday night, but he was not hurt.

Bassel Haswani, like his father, is a businessman. The two men have great influence in Damascus.

Bassel owns Massa for Oil Production, which specializes in trading oil derivatives and building oil-related installations. The company obtained a license to begin operations on Feb. 2, 2020, with a capital of only 10 million Syrian pounds, according to sources Alhurra spoke with.

The young man enjoys strong influence in Damascus and its countryside because of his father’s social and financial standing, and he is known for wandering around with a group of his militants with weapons on his person, as well as his absolute support for the regime of Bashar al-Assad.

As for his father, George Haswani, he is one of the most prominent businessmen in Syria. He owns HESCO Engineering and Construction, known as the “oil empire” in regime circles in Syria, according to the same sources.

George is known as “Russia’s man” in Damascus. He is a Christian and supports the regime. He was accused of playing the role of mediator with the Islamic State (ISIS) and Jabhat al-Nusra (al-Nusra Front) to supply Assad with oil. He is considered the de-facto ruler of Yabroud, especially since he managed to neutralize the city from armed conflicts throughout the crisis and provided Jabhat al-Nusra members and their leader, Abu Malek al-Talli, with money in exchange for keeping tabs on their activity in the city, according to the same sources.

Regarding the assassination attempt, Syrian journalist and the founder of the All4Syria website, Ayman Abdel Nour, said in an interview with Alhurra that, “there are two theories. The first being that Bassel needed an excuse to leave Syria and go to Russia, where his father and sister have been living as of late, so he orchestrated the attempt.

“The second theory is that the assassination attempt is a direct message from the Syrian regime to George Haswani regarding the circumstances of the Beirut port explosion, noting that Haswani played the role of a mediator in shipping the ammonium nitrate solely in return for a financial commission,” according to Nour.