Syria and Oman have met to discuss bilateral relations and means to improve the financial and banking sector and signed an agreement related to customs reports Al-Watan. 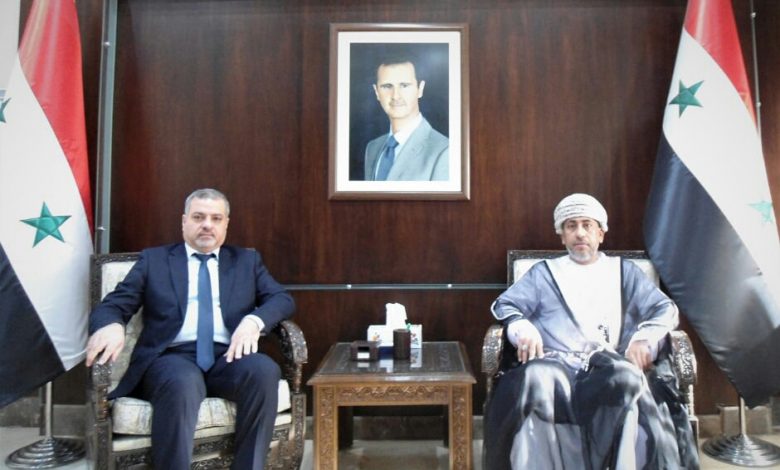 Syrian Minister of Finance Kinan Yaghi, received the Sultanate of Oman’s Ambassador to Damascus, Turki Bin Mahmood al-Busaidi. The two figures talked about the Sultanate’s consistent solidarity with the Syrian Arab Republic and the fraternal relations between the two friendly countries.

Within the framework of seeking to develop relations between the two countries, the possibility of strengthening cooperation in the financial and banking sector by benefiting from experiences and exchanging information and visits of the Omani team in the financial and banking fields was discussed. The draft administrative cooperation agreement between the two countries in the customs field and the need to activate it was also discussed.

The Omani side said it was ready to provide everything necessary to develop Omani-Syrian relations and follow up on the proposals that were previously discussed with the Syrian side.