Syria has written to the UN Secretary General to complain about the actions of the US occupation forces and called on them to immediately leave the county writes SANA. 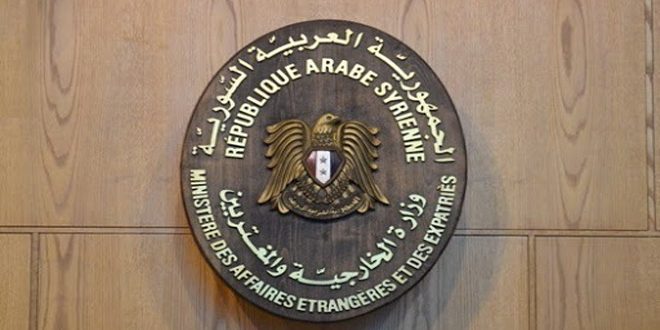 Syria has strongly condemned the hostile practices of the US occupation forces in the al-Jazeera area, asserting that they represent a blatant violation of Syria’s sovereignty and territorial integrity and safety. Syria described them as a flagrant breach of international law, while renewing its call for an immediate and unconditioned withdrawal of these forces from its lands.

In a letter addressed to UN Secretary General and President of Security Council on Wednesday, about the aggressive movements of the US occupation forces in al-Jazeera area, northeast of Syria, the Foreign and Expatriates Ministry said that, “the Syrian Arab Republic expressed strong condemnation of the almost daily hostile practices of the US forces within the areas that they have occupied in the Syrian al-Jazeera.”

In recent years, almost daily hostile movements by the US occupation forces have been monitored, including systematic looting operations of Syrian resources, agricultural crops and oil from the Syrian al-Jazeera, in addition to bringing in huge military reinforcements, logistical equipment, various kinds of weapons, tools and military vehicles from Iraq to some of the illegitimate US military bases in al-Yaroubiya’s countryside in Hassakeh province, via the illegitimate al-Walid crossing, the ministry affirmed.

It indicated that those aggressive movements have been done almost daily in full ignorance of the UN Security Council’s resolutions, which have always emphasized the necessity of respecting Syria’s sovereignty, independence and territorial integrity.

The ministry stressed that these movements and the aggressive behavior of the US occupation forces come at the time when Donald Trump’s current dishonest administration is leaving, which has worked on destabilizing Syria and supporting the separatist movements and encouraging them to divide Syria and prevent a political solution.

It reiterated that the facts on the ground proved that the US administration has provided limitless support to extremist terrorists in Syria, worked on creating and managing chaos to hinder any political solution and served the Zionist project and imposed hegemony on the countries of the region.

The Syrian Arab Republic stresses that what the US occupation forces are doing represent a flagrant aggression against Syrian sovereignty, territorial integrity and safety and a blatant breach of international law and the UN Security Council’s resolutions related to Syria, including the Resolution No. 2254, the ministry reiterated.

Therefore, Syria, based on its respect for international law and the UN Charter, calls for an end to these heinous and aggressive US practices and calls upon the international community to condemn the US movements and continued occupation of the Syrian lands and its imposition of the unilateral coercive economic measures, which aim to starve the Syrian people, the ministry asserted.