A child was killed when a wall collapsed following heavy rainfall that has blighted the lives of hundreds of displaced families reports SY 24. 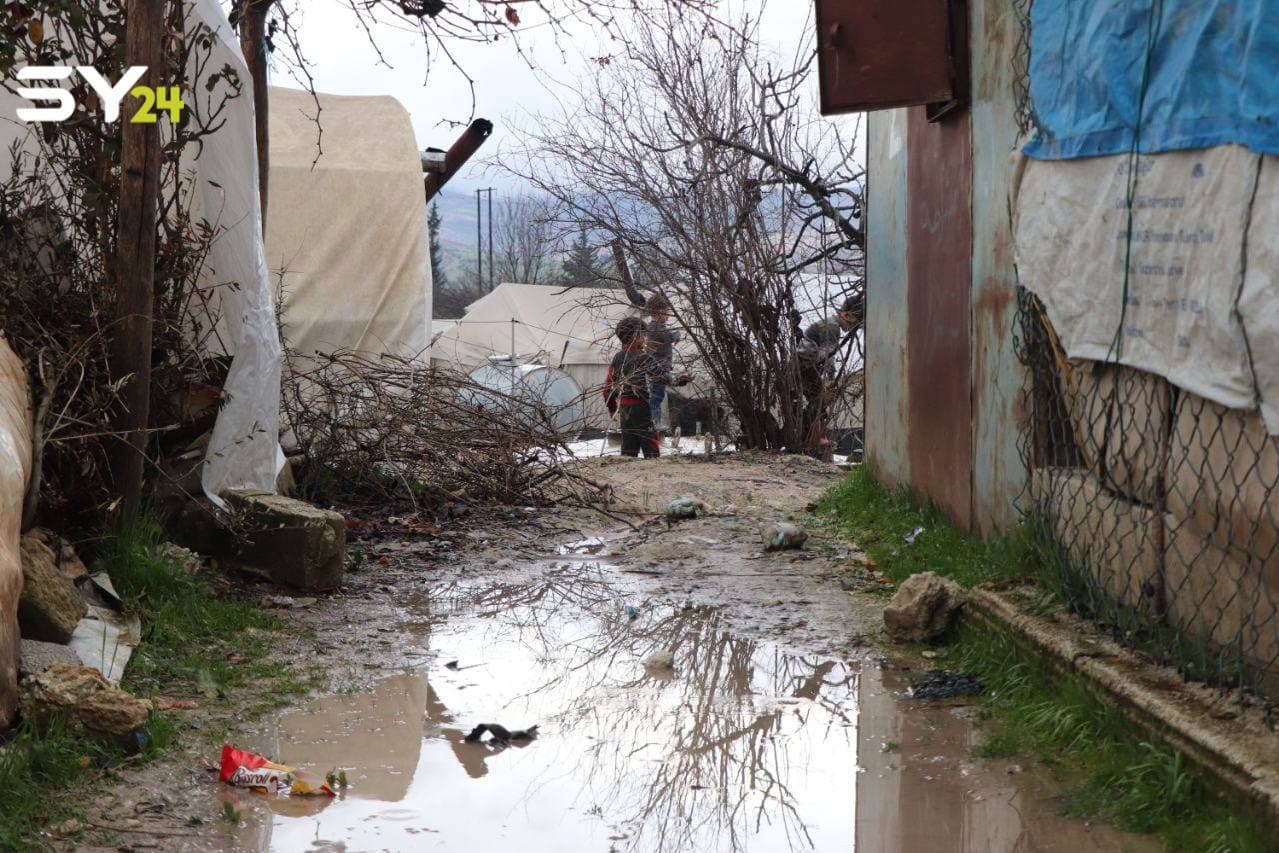 A child died as a result of the landslides caused by the torrential rains in one of the informal settlement zones in northern Syria.

SY 24’s correspondent said, “The child, Abdul Razzaq Adnan al-Jobassi, died when a wall in his house fell on him as a result of the heavy rainfalls in the Tamanna camp, located north of the town of Killi in the northern countryside of Idleb.”

Activists circulated on Facebook a powerful visual of a tent in one of the camps, inside of which appears a young child sleeping near the rainwater that flooded a large part of his family’s tent. The image was described as one of the harshest photos that represent the tragic reality of the displaced.

The Syria Response Coordinators team, which operates in northern Syria, stated that the number of camps affected by the heavy rains is now 145 camps, and many roads leading to the camps were cut off.

The team explained that the number of totally damaged tents amounted to 278, with 513 partially damaged tents, in addition to extensive damage to roads, which exceeded eight kilometers within the camps and their surroundings. The numbers are still preliminary, as the damage is still being quantified.

The team confirmed in a statement that the rainstorms led to the displacement of hundreds of families, some of which had to move to other locations. A small number were transferred to places of worship and shelters, noting that thousands of civilians spent their night standing or outdoors because rainwater had entered their tents.

The news coming from the displacement camps in northern Syria is a glimpse at the tragic humanitarian conditions that the displaced are enduring due to the cold and stormy weather that struck their camps during the past hours, causing severe material damage.