The is speculation about what the US is moving between Syria and Iraq in convoys of truck, with it speculated that it could be wheat, logistical equipment, or oil reports Enab Baladi. 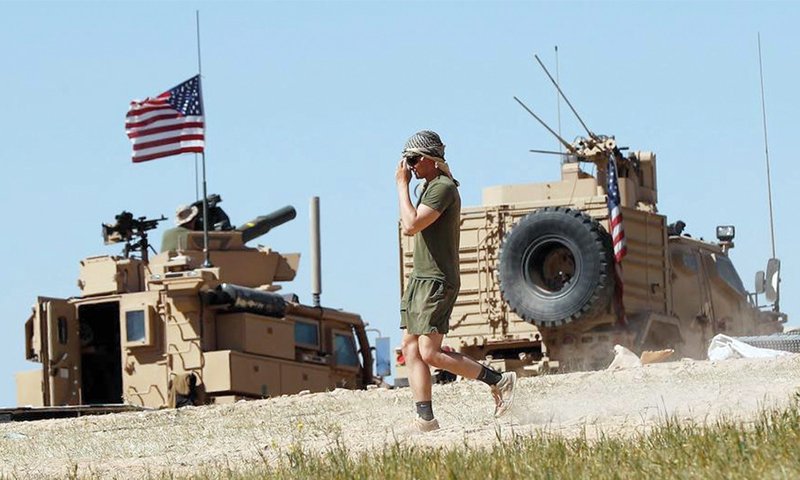 There are conflicting narratives about what the US trucks belonging to the International Coalition are transporting between Syria and Iraq. The trucks go through the al-Walid border crossing, which connects the two countries.

SANA said that US forces loaded trucks with “stolen” grains from Syria and sent them to northern Iraq, through the al-Walid crossing in the countryside of Hassakeh.

SANA quoted local sources as saying that the US forces sent 20 trucks carrying stolen grains from the silos and warehouses that the Syrian Democratic Forces (SDF) had seized in the countryside of Hassakeh, through the “illegal” al-Walid crossing with Iraq.

For its part, the National Iraqi News Agency (NINA) said that a convoy of trucks belonging to the International Coalition entered the city of Qamishli, loaded with logistical equipment and fuel tanks coming from the Kurdistan region of Iraq.

According to NINA, the convoy was made up of 35 American trucks and armored vehicles, and entered through the al-Walid crossing, via the M4 highway (Aleppo-Hassakeh), and headed towards the US sites in Hassakeh and Deir ez-Zor.

The agency said that last week, a similar convoy entered International Coalition sites in Hassakeh, coming from Kurdistan, through al-Walid, and then set off towards the Conoco and al-Omar oil fields in Deir ez-Zor Governorate.

The Autonomous Administration’s Border Ports Authority announced the reopening of the al-Walid border crossing in February 2020.