There is a desire by the Syrian Democratic Council to create a census between parties and work towards a political solution reports North Press. 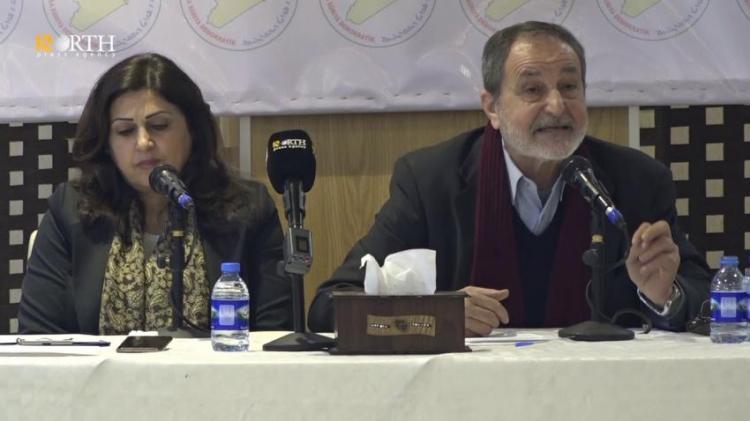 Officials of the Syrian Democratic Council (SDC) are seeking to communicate with all political parties in the country to achieve a peaceful solution to the Syrian crisis by reaching consensus and understandings that were not previously achieved, amid the current worrying and critical political situation.

Sihanouk Dibo, an SDC representative in Egypt, said, “The political process of the Syrian crisis is in a very worrying situation, and we can say that it has reached the point of complete obstruction.”

Dibo attributed the reason for the stumbling of the political process to the absence of any clear provisions from the negotiating body to solve this crisis.

He added that the memorandum of understanding signed between the SDC and the People’s Will Party in Moscow was the advanced case for resolving the Syrian crisis at the theoretical level.

In August 2020, the SDC signed a memorandum of understanding in Moscow with the People’s Will Party led by Qadri Jamil, the party’s secretary.

The memorandum contained articles related to the political roadmap to solve the Syrian crisis in accordance with UN Resolution 2254 and the drafting of the Syrian constitution.

In a previous interview, Dibo told North Press that they will announce a new memorandum of understanding with a Syrian opposition party within a few days.

However, Dibo believes that there is an international disagreement with Resolution 2254, saying, “There is a disagreement by the exporting countries on this resolution, which we consider very important.”