In an attempt to avoid further attacks by Israeli warplanes, Iranian militias have replaced their flag with that of the Syrian regime reports Asharq Al-Awsat. 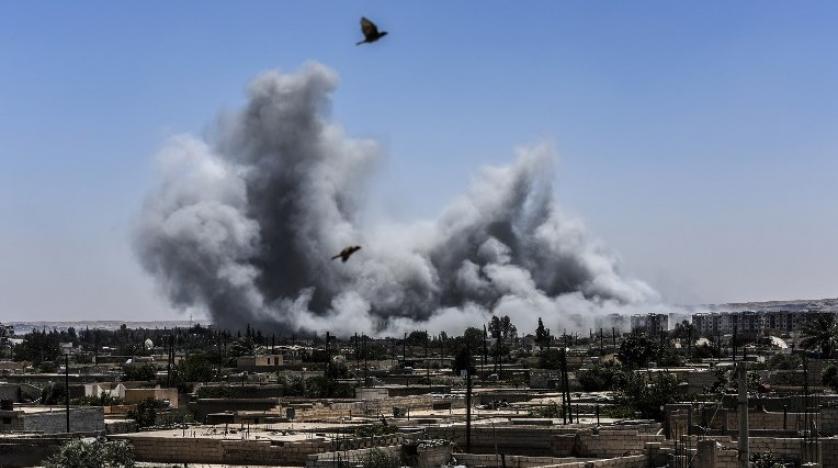 Iranian militias have replaced their flags in their military sites and bases located in large areas of eastern Syria, with the flags of the Syrian regime, amid fears of a new Israeli attacks, according to local sources and the Syrian Observatory for Human Rights (SOHR).

Sources in the cities of al-Mayadin and al-Bukamal, in the eastern countryside of Deir ez-Zor, said that the IRGC transported ammunition and heavy weapons, including missiles, through refrigerators and trucks carrying Syrian plate numbers, as part of a camouflaged repositioning, days after the heaviest Israeli raids targeted eastern Syria.

Well-informed sources revealed that the Iranian forces and pro-Iranian militias continue to change their positions in this geographical area along the Iraqi borders, pointing to “suspicious” movements of the Iranians and their allies in that region.

According to the Jusoor Center for Studies and Development, the Iranian Revolutionary Guard is deployed in 125 locations throughout Syria, distributed over 10 governorates, mainly Daraa in the South, which includes 37 military posts, followed by Damascus and its countryside with 22 sites and Aleppo in the north, with 15 military points and headquarters.

Deir ez-Zor Governorate has 13 Iranian posts, the largest of which are located in the cities of al-Mayadeen and al-Bukamal.

Iran has been one of the largest military forces supporting the ruling regime in Syria, after Russia, since the outbreak of the anti-regime protests in the spring of 2011.