Deir ez-Zor continues to be plagued by assassinations, with the most recent attacks killing seven in a single day reports Baladi News. 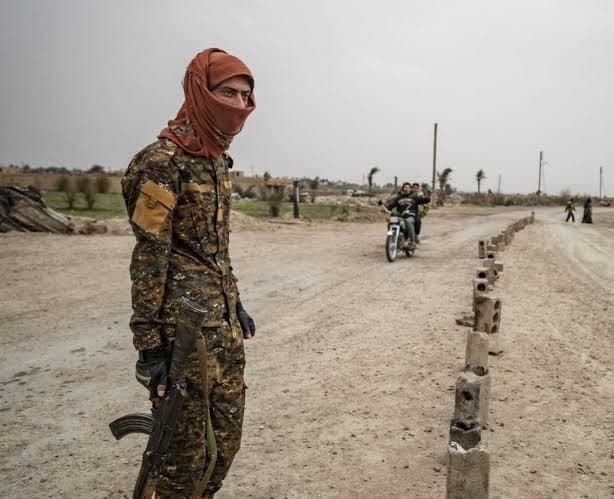 Assassinations have increased recently in the areas controlled by the Syrian Democratic Forces (SDF) in Deir ez-Zor, and the Islamic State (ISIS), over which the SDF declared victory when they took control of the town of al-Baghouz in March 2019. Public field executions and beheadings have occurred in some cases as well as demands for people to pay zakat (alms-giving) and punishing those who refuse to do so.

This has been taking place despite the increase in SDF campaigns, which they have been launching alone or alongside the International Coalition forces, which are supposed to limit the activities of ISIS or other groups that carry out operations for the benefit of the regime or Iran.

On Monday, the assassinations reached their climax, when unknown assailants assassinated seven people in three separate attacks. Three people were killed in al-Busayrah, namely Ahmad Alwan (known as Abu Saleh) who is a former leader of the Free Syrian Army, his son, Saleh, and his nephew, Maaraj Ahmad. Three people were killed by unknown persons in Hawaij Thiban. They are Hajj Atliosh al-Lafi, one of the dignitaries of the al-Akidat tribe, his son, Mahmoud, and a guest in their house. A seventh person was killed in the city of al-Shuhail.

Journalist Firas Allawi, Editor-in-Chief of Al-Sharq News, said that the escalation of assassinations is due to the United States’ preoccupation with the elections, and thus its neglect of the situation in Syria, which has caused an increase in the lack of security in the areas under its control.

Allawi added, speaking to Baladi News, that the second reason is the unwillingness of the SDF to control the security situation and take advantage of it in one way or another, to weaken the centers of competing forces, such as tribal forces, explaining that most of the assassinations target tribal leaders or former leaders of the Free Syrian Army.

He pointed out that ISIS is still active, but decisions are not centralized, so the organization does not claim the operations carried out by elements, which take place in the framework of settling scores or retaliation, in addition to the presence of regime cells that can sometimes be partially responsible [for the attacks/assassinations].

Regarding the reason for the failure of the SDF to curb the assassinations, Allawi said that the SDF’s security operations do not target the cells responsible for the assassinations, but rather target activists and those who oppose the SDF, a point that was echoed by the journalist Ibrahim al-Khalil.