The Syria government has announced that it wants Syrians to call a hotline if they see people begging, so that they can taken and housed in rehabilitation homes run by the Ministry of Social Affairs and Labor reports Etihad Press. 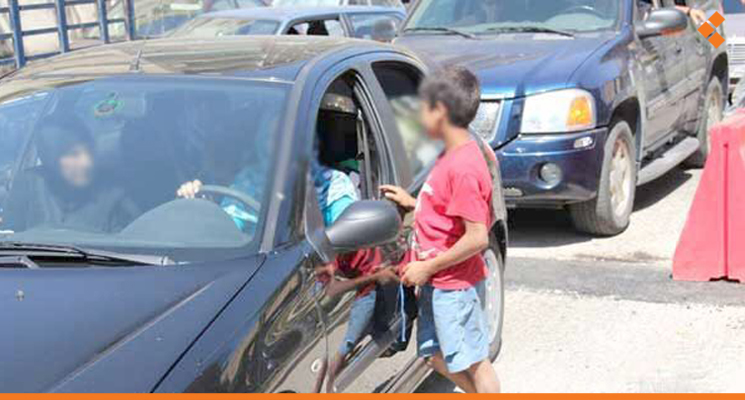 Since the beginning of the Syrian conflict, the Damascus government has been trying to deny the existence of both poverty and the poor in the country, be it through statements by its officials, media messages that “Syria is fine”, or calls for the return of expatriates, which have usually been met with widespread criticism and ridicule by the population.

The process of combating poverty and, if you will, combating the poor, is not only by denying their existence, but also with legal prosecution through security branches. Even hotlines were created to report the poor if they are seen in the streets, where the authorities do not want them to be.

Recently, a member of the Executive Bureau of Health, Social Affairs, and Civil Defense in Damascus Governorate, Basil Mayhoub, came out saying that, “the Damascus Police Command will be assigning three hotlines for citizens to report any case of beggary or homelessness and their whereabouts.”

Mayhoub said, “Once the report is received, the Police Operations Room informs the patrols, which head to the area to control the case and arrest the beggars, taking them to the nearest police station, before providing the Ministry of Social Affairs with the number of cases found.”

Mayhoub added that, “the competent judicial authorities will take the relevant legal measures and refer the beggars according to specific particulars of the situation, such as the age group and gender, to care and rehabilitation homes run by the Ministry of Social Affairs and Labor or one of the NGOs accredited by the Ministry, a list of which will be published at a later date.”

The Ministry of Justice won’t be showing any mercy to these beggars as it will be “implementing the provisions” that Mayhoub described as “strict”, by placing beggars in care homes, if available, for a minimum of three months for rehabilitation.

The statements of the government official, and his request to report such cases, aroused the indignation and ridicule of a large number of Syrians. One of them said, “This is all very nice! Now I can simply report myself without any trouble and without having to spend time on the street! A free service! Doesn’t our government love their people.”