The Syrian Democratic Forces and the Syrian regime have come to an agreement in Qamishli, allowing for the exchange of prisoners reports Baladi News. 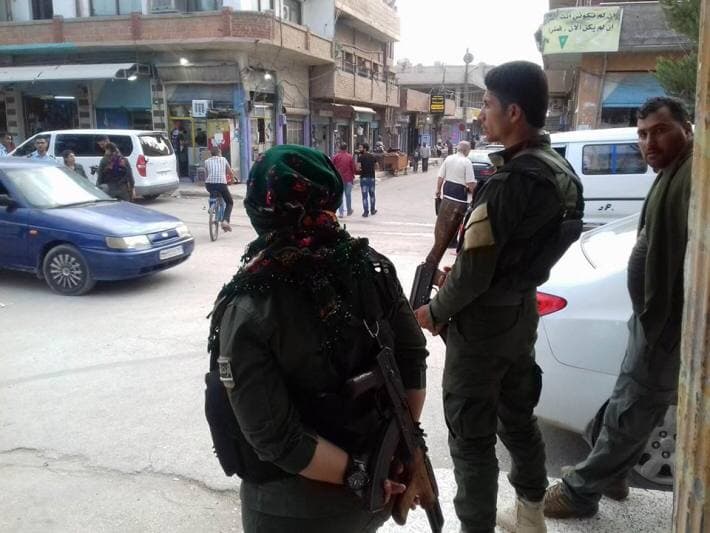 On Wednesday, the Syrian Democratic Forces (SDF) and the regime forces reached a truce agreement in the city of Qamishli in Hassakeh Governorate. The agreement aims to solve the issue of mutual arrests between the two parties.

The Kurdish academic, Farid Saadoun, said in a post on his Facebook page that, “things have returned to normal in Qamishli after the agreement that took place this evening at the airport.”

He added, “The result of the meeting was the exchange of detainees from both sides, the withdrawal of all armed bases and barriers from the streets, the lifting of the siege on the security square, and allowing the state’s elements the freedom of movement instead of preventing them from moving between their homes and places of service.”

Saadoun pointed out that, “one point is still problematic and may create tension if a radical solution is not reached, and that is the Asayish checkpoint at the entrance to Harat Tay.”

He explained that, “a short while ago, the agreement was breached when the regiment members were prevented from reaching the city to get bread.”

The clashes took place on Tuesday between the regime’s elements and SDF forces, despite the existing security coordination between the two parties.

The confrontations between the two sides are not new in the province of Hassakeh, which is, along with its cities and villages, under the control of the SDF, despite the continued control of the regime over some institutions close to Qamishli Airport and the two security squares in Qamishli and Hassakeh city, in addition to it being stationed in two military points in the governorate, namely the Kawkab regiment, east of Hassakeh, and Tatab, near Qamishli.

The SDF had previously arrested the head of the Air Force Intelligence branch in Hassakeh, Saleh al-Jallad, at a checkpoint, late last month. During the past years, several confrontations took place between the two sides in which dozens were killed and wounded, the most recent of which was last April, when a site of the regime’s National Defense militia in Qamishli was bombed, an incident which the SDF was accused of masterminding. Days preceding that, the SDF accused the National Defense militia of being behind the bombing of one of its points in al-Quwatli Street in Qamishli.