The deputy commander of the Quds Force has insisted that Iran does not interfere in foreign countries and has also spoken of Iran’s close ties with Hezbollah writes Al-Masdar. 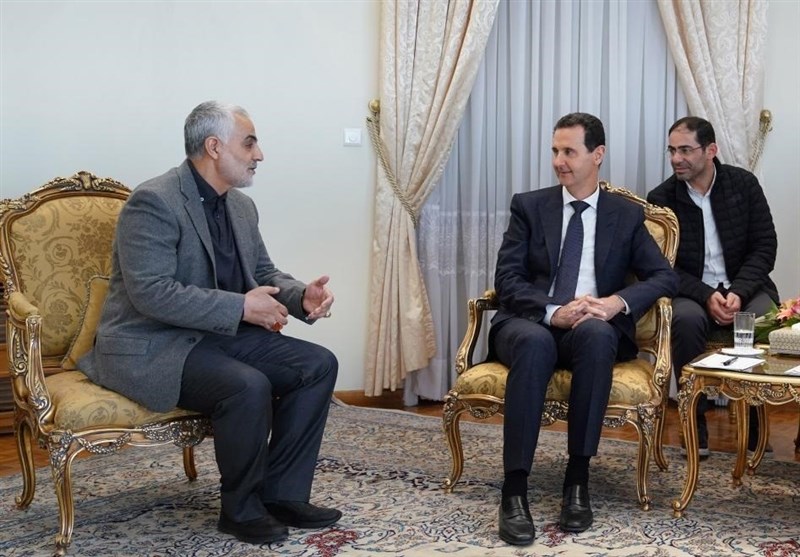 The Quds Force of the Iranian Revolutionary Guard revealed, “new information about the commanders and perpetrators of the assassination of the late commander Qassem Soleimani.”

Brigadier General Muhammad Hijazi, deputy commander of the Quds Force, commented during an exclusive interview with Al-Mayadeen TV, on accusations that Iran interferes with foreign affairs, stressing that, “the Islamic Republic of Iran helps those who ask it for help, and it does not interfere, and will not interfere in any country, unless asked to do so. ”

Regarding the special relationship between Qassem Soleimani and Hezbollah, Hijazi said, “Their way of thinking is common and their goal is one. This matter brings people together, especially since they have long worked together, and they were together in the July 2006 war, and before and after it.”

He explained that, “If you to follow the reports and analyzes of Israeli experts, you realize the depth of the fear in which they live because of the strength of the resistance and its accurate missiles,” considering that, “the occupation fears that these missiles will reach Hezbollah, but as you heard from Hassan Nasrallah, they have already arrived and are in their possession.”

He continued, “We know that Nasrallah is a sincere man and does not use propaganda. When he says that it reached our hands, then this is certain,” noting that “the number is greater than the enemy imagines.” He said, “The resistance today has very good potentials, and if the enemy commits any foolishness, he will surely regret it.”

Hijazi said that, “the Israeli allegations of strikes that they claim to have directed at us in various arenas, many of them are lies and propaganda, and our advisory office in Syria has repeatedly responded to these lies and denied them.”

During the interview, Hijazi pointed out that, “Qassem Soleimani used to go to see for himself and match what he saw with the information and reports that were presented to him, and his method and style made him knowledgeable about the field.”

He added that, “Assad was benefiting from this information and news, he talked about that,” stressing that, “Soleimani was expressing to Assad his views and plans, explaining to him how to think and planning for the future, and consulting the president.”