Clashes have occurred in the southern province of Daraa between the 8th Brigade and the Air Force Intelligence and a number of arrests have taken place reports Etihad Press. 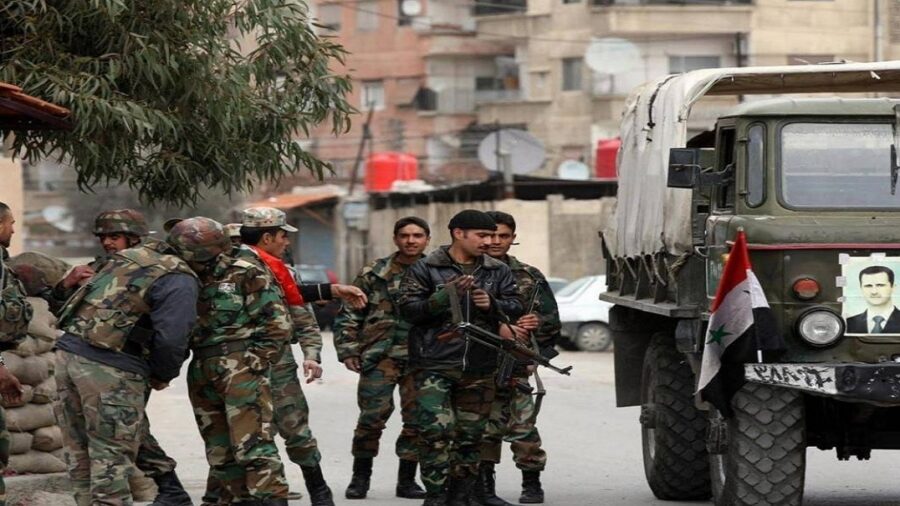 Forces from the 8th Brigade in the pro-Russian Fifth Corps attacked, on Saturday noon, an Air Force Intelligence checkpoint on the Damascus – Daraa highway, and arrested a number of the militants and confiscated their weapons for several hours before releasing them.

Clashes took place when a group from the Air Force Intelligence Division arrived to support the checkpoint’s members. The clashes lasted for half an hour, before the 8th Brigade fighters left the area. There was no information about casualties, according to the Syrian Observatory for Human Rights.

On Dec. 26, 2019, Daraa witnessed tension as a result of a dispute between two groups affiliated with the Damascus government in Daraa al-Balad.

In mid-December, members of the 8th Brigade of the Fifth Corps, affiliated with Russia, raided a house in the town of Samad in the Daraa countryside, arresting a man after his return from Lebanon, where he had been staying for years.

Members of the Air Force Intelligence Division, stationed in the town of Dael, also arrested a young man and took him to an unknown location.