Following the discovery of a motorcycle bomb, Hay’at Tahrir al-Sham have set a number of checkpoints and made multiple arrests reports Baladi News. 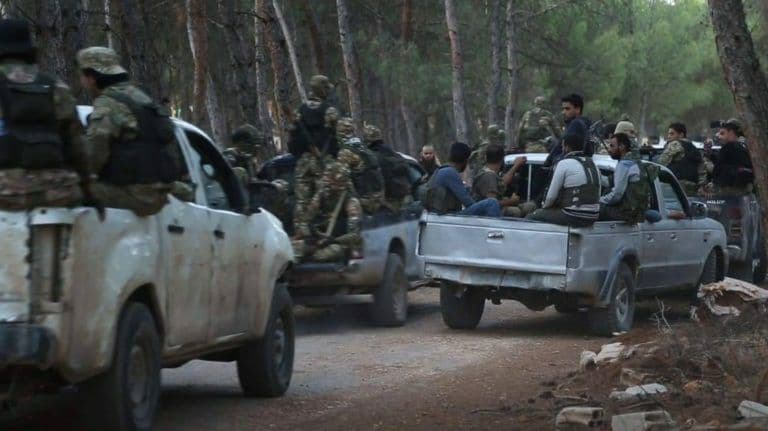 The city of Maarrat Misrin in the northern countryside of Idleb witnessed, on Tuesday morning, an intense security mobilization and a wide spread of security checkpoints affiliated with Hay’at Tahrir al-Sham, which resulted in the arrest of about 20 residents.

A source told Baladi News that Tahrir al-Sham intensively deployed its security apparatus in Maarrat Misrin and on the main and secondary roads that lead to it, starting Tuesday at dawn.

The source pointed out that the checkpoints inspected most cars entering and leaving the city without specifying the reason, and the security apparatus arrested about 20 residents of the city after they raided their homes for unknown reasons.

Some believe that the arrests are linked to the security operation during which Tahrir al-Sham discovered, yesterday, a motorcycle fitted with a bomb.

The Tahrir al-Sham General Security Agency announced on Monday that it had dismantled a motorcycle bomb near the city of Maarrat Misrin in the northern countryside of Idleb.